Articoli correlati a This Is Venice [Lingua Inglese]

This Is Venice [Lingua Inglese] 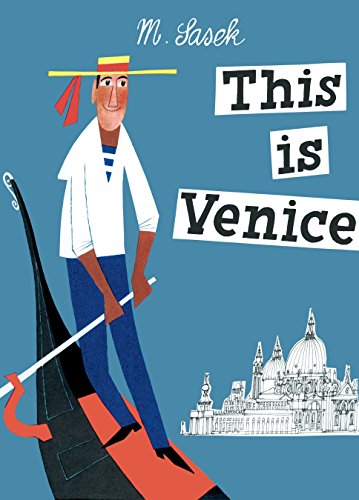 A colorful title first published in 1961 presents romantic impressions of Venice with its beautiful buildings, bridges, canals, gondolas, the Palazzo Grassi, Piazza San Marco, Doges Palace, and the Accademia di Belle Arti, and includes updated facts in the back of the book.

M. Sasek was born in 1916 in Prague, Czechoslovakia. An author and illustrator, he is best remembered for his classic stories on the great cities of the world. He died in 1980.

This is Venice (This Is.travel)

This Is Venice (Hardback)

Descrizione libro Hardback. Condizione: New. illustrated ed. Language: English. Brand new Book. On the heels of the runaway bestsellers This is New York and This is Paris, Universe is pleased to reissue another title from M. Sasek's beloved and nostalgic children's travel series.Like the other Sasek classics, This is Venice is a facsimile edition of his original book from the 1960s and is still timely and current in every way. The brilliant, vibrant illustrations have been meticulously preserved, remaining true to his vision more than 40 years later and, where applicable, facts have been updated for the twenty-first century, appearing on a "This is.Today" page at the back of the book. The stylish, charming illustrations, coupled with Sasek's witty, playful narrative, makes for a perfect souvenir that will delight both children and their parents, many of whom will remember this book from their childhood. This is Venice, first published in 1961, presents indelible impressions of romantic, watery Venice, where under a brilliant blue sky Sasek the gondolier navigates the winding canals to visit such famous and glorious landmarks as the Palazzo Grassi, Piazza San Marco, Doges Palace, and the Accademia di Belle Arti. Codice articolo FLT9780789312235

This is Venice (This Is.travel)

This Is Venice (This Is.travel)

This Is Venice Format: Hardcover