Haj, Samira The Making of Iraq, 1900-1963: Capital, Power, and Ideology (S U N Y Series in the Social and Economic History of the Middle East)

The Making of Iraq, 1900-1963: Capital, Power, and Ideology (S U N Y Series in the Social and Economic History of the Middle East) 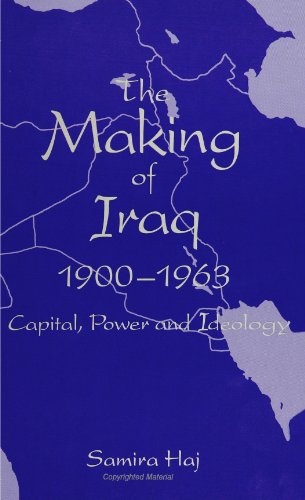 This book's innovative approach makes it an important intervention into the field of modern Iraqi and Arab history. Samira Haj's discussion of the factors that led to, and paradoxically caused the failure of, the 1958 revolution in Iraq forms the framework for her critique of conventional Eurocentric notions of nationalism, revolution, and modernity. Haj explains the pervasive violence of Iraq's political scene not by invoking ageless images of sectarian strife and irrational bloodlust but by showing that the violent political battles of the 1950s and 1960s were the result of fundamental changes in the system of ownership and agricultural production during the nineteenth century. Furthermore, she shows that the national government's smashing of the popular movement and the dismantling of its various grassroots organizations in 1963 signified the beginning of the end of participatory politics in Iraq.

Samira Haj is Assistant Professor in the Department of Middle Eastern Studies at New York University.