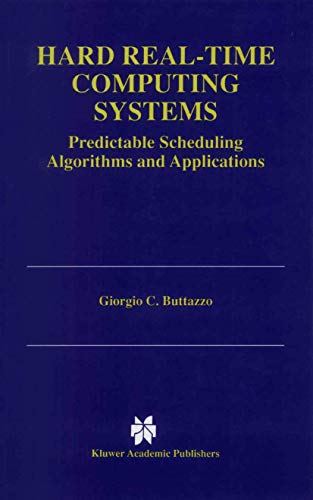 Real-time systems play a crucial role in our society, supporting several important application areas, such as nuclear and chemical plant control, flight control systems, traffic control in airports, harbors, and train stations, telecommunication systems, industrial automation, robotics, defensive military systems, space missions, and so on. Despite such a large number of critical applications, most of the current real-time systems are still designed and implemented using low level programming and empirical techniques without the support of a precise scientific methodology. The consequence of this approach is a lack of reliability, which in critical applications may cause serious damage to the environment or result in significant human loss. This book is a basic treatise on real-time computing, with particular emphasis on predictable scheduling algorithms. The main objectives are to introduce the basic concepts of real-time computing, illustrate the most significant results in the field, and provide the basic methodologies for designing predictable computing systems which can be used to support critical control applications. The text presents fundamental concepts which are clearly defined at the beginning of each chapter, and each algorithm is described through concrete examples, figures and tables. After introducing the basic concepts of real-time computing, the book covers such topics as taxonomy of scheduling algorithms, models of tasks with explicit time constraints, handling tasks with precedence relations, periodic and aperiodic task scheduling, access protocols to shared resources, asynchronous communication mechanisms, schedulability analysis, and handling overload conditions.

Descrizione libro Springer, 1997. Hardcover. Condizione: Good. Item may show signs of shelf wear. Pages may include limited notes and highlighting. May include supplemental or companion materials if applicable. Access codes may or may not work. Connecting readers since 1972. Customer service is our top priority. Codice articolo mon0001875714