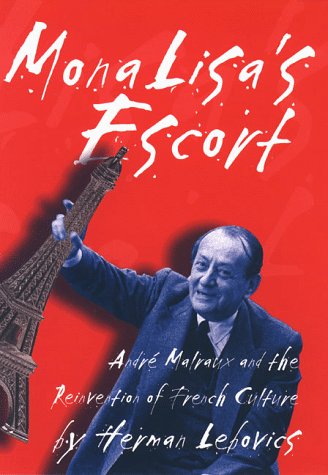 Traveling in a First-Class Cabin on the luxury liner France early in 1963, the Western world's most famous painting sailed across the Atlantic on its maiden voyage to the United States. The goodwill generated by the loan eased U.S.-French relations, which had soured over tensions stemming from the cold war. The mastermind behind the Mona Lisa's triumphant tour was France's newly appointed minister of cultural affairs, Andre Malraux. In this book, Herman Lebovics recounts how Malraux's brilliant foray into the realm of diplomacy was but one example of his efforts to employ France's cultural heritage in the service of a renewed national grandeur.
In his ten years as a cabinet minister, Malraux sought to "marry" the French people to their historic culture and to restore France to its place as artistic center of the West. Lebovics examines the successes and failures of Malraux's remarkable career and the reactions of artists, the political class, and the public to the French state's deep new engagement with the national culture.

Herman Lebovics is Professor of History at the State University of New York at Stony Brook.