Articoli correlati a 1949, The First Israelis 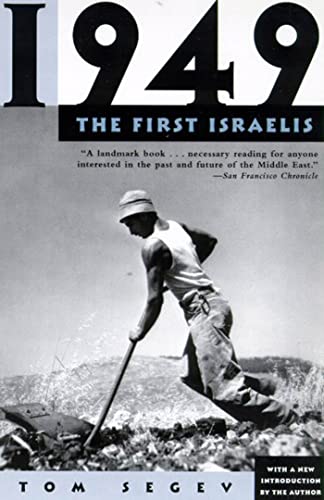 The founding of Israel in 1948--one of the seminal events of the century--offers a heroic narrative with few parallels in modern history. In 1949, a controversial best-seller in Israel, Tom Segev draws on thousands of declassified documents along with personal diaries and correspondence to reconstruct the unvarnished story of Israel's first year.

Segev reveals the lofty aspirations that guided the state's leaders as well as the darker side of the Zionist utopia: the friction between the early settlers and the immigrants, the lack of good-faith negotiations with the Arabs; the clash between religious and secular factions; the daily collision of the Zionist myth with the severe realities of life in the new state. Unflinching in its observations, this bold chronicle is indispensible for understanding the dilemmas that continue to confront--and divide--Israeli society.

Tom Segev is a columnist for Ha'aretz, Israel's leading newspaper, and author of three works on the history of Israel, 1949: The First Israelis, The Seventh Million: The Israelis and the Holocaust, and One Palestine, Complete: Jews and Arabs under the British Mandate. He lives in Jerusalem.