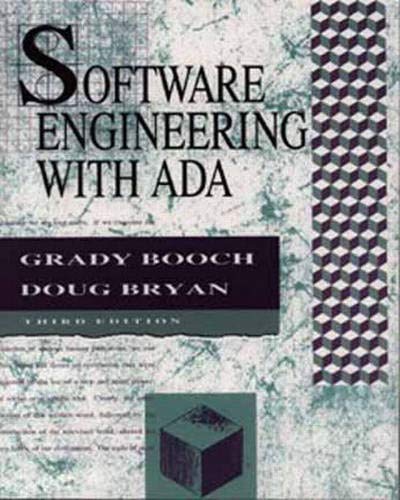 In this comprehensive introduction to Ada programming, programmers learn how to maximize the potential of this powerful language using an object-oriented methodology. Grady Booch and Doug Bryan combine their expertise to explain how to create large-scale Ada systems using good software engineering principles. Five large-scale Ada programming examples build upon these principles using an object-oriented methodology while illuminating topics such as database systems and generic tree packages. The Third Edition also incorporates more small-sized code examples, exercises based on the programming applications, a new chapter on Ada's impact on the software crisis, and an appendix on Ada 9X.

Grady Booch, is the Chief Scientist at Rational Software Corporation and developer of the Booch Method of object-oriented analysis and design. He is also co-developer of the Unified Modeling Language (UML). Widely recognized for these and many contributions in the field, he is a popular speaker at technology conferences around the world. Booch has twice received Software Development magazine's coveted Jolt-Cola Product Excellence Award for his seminal text, Object-Oriented Analysis and Design with Applications.