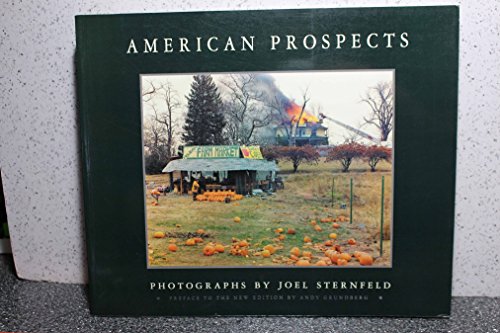 First published in 1987 to widespread critical acclaim and hailed by People magazine as one of the ten best books of the 1980s, Joel Sternfeld's startling visual chronicle is at once funny and despairing, calmly beautiful and grim. Sternfeld may be America's greatest fineart color photographer, and here his luxuriant landscapes are full of sly surprises and deadpan wit: a renegade elephant lies exhausted on a road; beached whales daintily punctuate a majestic seascape; a fireman buys pumpkins while a house burns behind him. Now published in an exquisite paper-bound edition with a new preface, these pictures carry even more weight than when they were first seen; they have the poignance and resonance of an America uneasy about its past and uncertain of its future.

Recensione:
Pictures that were once compelling oddities are now linked into an original meditation, on the national life. It clinches the case for Sternfeld as an emerging American master. Time
L'autore:
Joel Sternfeld was born in New York City. His work has been extensively published and exhibited, most notably at The Museum of Modern Art in New York and The Art Institute in Chicago, and is included in numerous private and public collections in this count