Articoli correlati a The New Dictionary of Catholic Social Thought 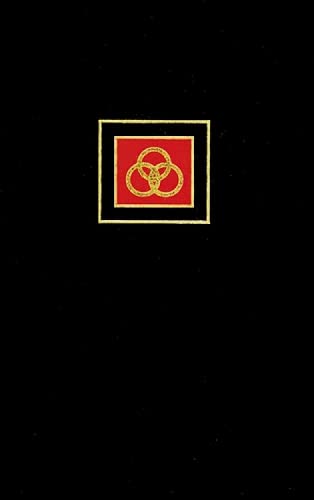 An alphabetical reference containing substantial, signed articles that present and analyze the major modern social encyclicals, from Leo XIII's Rerum novarum to John Paul II's Centesimus annus , and inspect central movements, figures, and themes that have been the hallmark of Catholic social thought for over a hundred years. Attempting also to indicate the manifold social dimensions of the various moral issues that confront humanity, the Dictionary addresses such topics as abortion, homosexuality, birth control, and euthanasia, in order to emphasize that no issue is purely "sexual" or "biomedical." Published by Liturgical Press Books, St. John's Abbey, Box 7500, Collegeville, MN 56321-7500. Annotation copyright Book News, Inc. Portland, Or.

The New Dictionary of Catholic Social Thought brings together writers from around the world, writing on present day social issues as well as historical issues and movements that have shaped our current views. Included are articles on the great social encyclicals, from Leo XIII's Rerum Novarum to John Paul II's Centesimus Annus, and the Vatican II documents and various episcopal documents that relate to social concerns and the field of social ethics. The articles on fundamental human rights include such issues as poverty, homelessness, exploitation, and feminism. Also included are articles dealing with economics, industry, labor, political systems, and environmental concerns, as these impact and influence modern Catholic social thought. Theological concerns, liturgical movements, and scriptural foundations are well represented. The New Dictionary of Catholic Social Thought will be the reference work for anyone involved in social outreach or connected with the field of social ethics."Scholars will delight in the bibliographies, librarians in the cross-references. The index is superb." American Reference Books Annual 96". . . worth the money. . . . Save your pennies and buy it." The Canadian Catholic Review". . . it is a must for any Catholic library and an invaluable teaching resource." The Catholic Worker"From its first pages, this overview of Catholic social thought makes one grateful for the careful and insightful work undertaken; in many ways, this is a testimony to a discipline 'come of age.'" America" . . . will be a standard and superior reference book for decades to come." Prairie Messenger"I thought the volume was simply outstanding. When I received it I could not put it down, but kept on reading and reading. I found so many of the articles to be interesting and exciting. With the plethora of dictionaries around, I think this is one of the finest and most readable." Francis Sch ssler Fiorenza Stillman Professor of Roman Catholic Theological Studies Harvard Divinity School"I really was most impressed with the Dictionary. . . . I think it will fully deserve the kind of rave reviews which greeted its predecessors in the series." Gerard J. Hughes Chair, Department of Philosophy Heythrop College University of London"This is as monumental and as exhaustive as the earlier volumes?and equally as valuable." The Priest"The New Dictionary of Catholic Social Thought belongs in all libraries in which there is serious interest in religion in general and contemporary Catholicism in particular." Academic Library Book Review