Articoli correlati a From Cannibals to Radicals: Figures and Limits of Exoticism

Celestin, Roger From Cannibals to Radicals: Figures and Limits of Exoticism

From Cannibals to Radicals: Figures and Limits of Exoticism 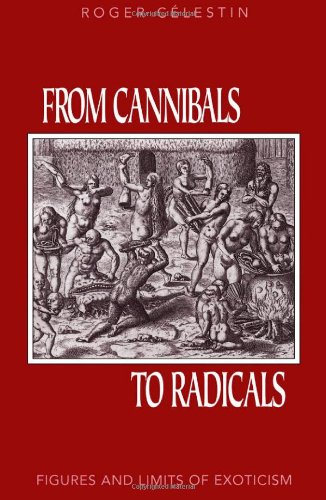 In this analysis, Roger Celestin examines the concept of exoticism from a historical and literary perspective. Through close readings of works by Montaigne, Diderot, Flaubert, Barthes, and Naipaul, he examines the way these writers have challenged representations of cultural identity in their time. Celestin begins with a survey of previous treatments of exoticism in literature, philosophy, political theory and anthropology. He then argues that the authors under study use exoticism both to interrogate dominant discourses of "home" (in its various forms of empire, Europe, and the centre)) and to negotiate a tension between home and the exotic rather than opting for one or the other. The texts produced by these authors are the visible signs of the negotiation, and this book examines the figures and tactics of negotiation as they appear in such works as Montaigne's "Essays", Flaubert's "Salammbo", and Barthes's "Empire of signs". Using exoticism as a critical tool rather than as an object of study, "From cannibals to radicals" clarifies its use as a mode of representation from the Renaissance to the current postcolonial era.

Roger Celestin is associate professor of French and comparative literature at the University of Connecticut at Storrs.