Articoli correlati a The Crimean Tatars 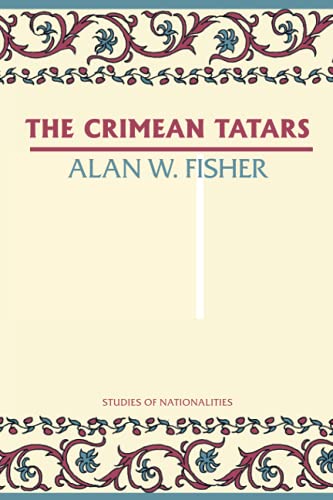 This volume is the most comprehensive survey of the Crimean Tatars to appear since V. D. Sirnov's late nineteenth-century account. Professor Fisher presents a detailed analysis of the culture and history of these people from the mid-fourteenth century to the present.

The author clarifies and assesses the myriad problems inherent to a multinational sociey that comprises more than 100 non-Russian ethnic groups living within the borders of the Soviet Union. He discusses the resurgence of nationalist sentiment, the efforts of the Crimean Tatars and others to regain territorial rights lost during the Stalinist era, and the political impact these movements have on contemporary Soviet affairs.

Alan W. Fisher is a professor of history and Associate Dean of the College of Arts and Letters at Michigan State University. The history of the Ottoman empire and the Turkic peoples, especially the Crimean Tatars, has been the primary focus of his studies and research. Fisher is the author of The Russian Annexation of the Crimea, 1772–1783 (Cambridge University Press, 1970) and has written articles for Slavic Review, Cahiers du monde russe et sovietique, Jahrbücher für Geschichte Osteuropas, Canadian–American Slavic Studies, Humaniora Islamica, and Harvard Ukranian Studies; he is editor of the Bulletin of Turkish Studies Association.

Descrizione libro Hoover Institution Press,U.S., United States, 1978. Paperback. Condizione: New. Language: English. Brand new Book. The first in a series of volumes to discuss the history and development of the non-Russian nationalities in the Soviet Union. --"Professor Fisher's excellent book is brief but clear and succinct. It should be required reading for all students of Russian and European History."--Slavic Review. Codice articolo UGH9780817966621