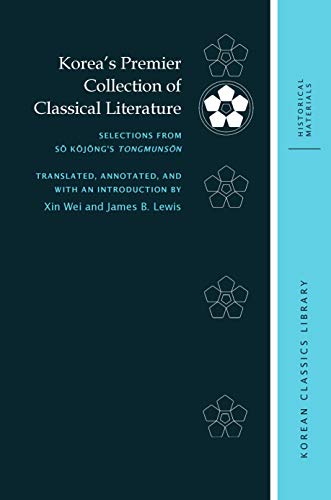 Descrizione libro University of Hawai'i Press, United States, 2019. Hardback. Condizione: New. Language: English. Brand new Book. This is the first book in English to offer an extensive introduction to the Tongmunson (Selections of Refined Literature of Korea)-the largest and most important Korean literary collection created prior to the twentieth century-as well as translations of essays from key chapters. The Tongmunson was compiled in 1478 by So Kojong (1420-1488) and other Choson literati at the command of King Songjong (r. 1469-1494). It was modeled after the celebrated Chinese anthology Wen Xuan and contains poetry and prose in an extensive array of styles and genres.The Translators' Introduction begins by describing the general structure of the Tongmunson and contextualizes literary output in Korea within the great sweep of East Asian literature from the eighth to the fifteenth centuries. The entire Tongmunson as well as all of the essays selected for translation were written in hanmun (as opposed to Korean vernacular), which points to a close literary connection between the continent and the peninsula. The Introduction goes on to discuss the genres contained in the Tongmunson and examines style as revealed through prosody. The translation of two of these genres (treatises and discourses) in four books of the Tongmunson showcases prose-writing and the intellectual concerns of the age. Through their discussions of morality, nature, and the fantastic, we see Daoist, Buddhist, and Confucian themes at work in essays by some of Korea's most distinguished writers, among them Yi Kyubo, Yi Saek, Yi Chehyon, and Chong Tojon. The translations also include annotations and extensive cross-references to classical allusions in the Chinese canon, making the present volume an essential addition to any East Asian literature collection. Codice articolo AAN9780824877309