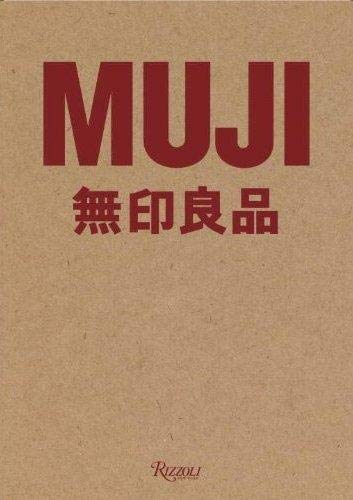 This fascinating monograph provides an unprecedented view into the inner workings of Muji, one of the most influential brands leading sustainable design. A prescient advocate of sustainable consumption and the matchless utility of good design, Muji’s founding principle was to develop new and simple products at reasonable prices by making the best use of materials while minimizing their impact on the environment. From a humble inaugural line of eight products nearly three decades ago, the brand now sells nearly seven thousand different products in hundreds of its own stores in Asia, Europe, and North America.

Recensione:
"Muji, the Japanese manufacturer, is known for the artful modesty of its products. In fact, the company has earned a cultish following for housewares so spare and generic they turn anonymity into a high aesthetic. Jasper Morrison, Naoto Fukasawa and other prominent designers created many of its roughly 7,000 products, but their names are obscured in keeping with an anti-brand credo: The company wants customers to buy a stapler, umbrella or measuring tape not for its name, but for its function and design. (The name Muji derives from mujirushi, the Japanese word for “no brand.”) To mark its 30th anniversary, Muji is commemorating its history with a monograph titled simply Muji (Rizzoli; $65). 'In a world dominated by domination, this idea is so unique, so unorthodox, that we still have no language for it,' Bruce Mau, the designer, wrote in an introductory essay. 'Muji exists in a category all on its own.' " ~New York Times

"Thirty years ago, a company was established to counteract the increasingly unhealthy habits of consumer society. The initial idea was to be environmentally conscious, minimalist, and with 'no brand.' Today, MUJI is certainly recognizable. And, most would agree that the establishment of initial goals are now well and truly grounded. MUJI, releasing on October 26, 2010, from Rizzoli, is a delightful brand book. Essays from designer Jasper Morrison and John C. Jay bring the growth of the brand into firm perspective. They write gracefully, but without the back patting celebration one might expect. They are, like the brand itself, matter of fact. Their tone is reflective of the publication as a whole – one that honestly presents three decades of advertising, product, and unique retail space." ~Selectism.com

"Rizzoli's upcoming, eponymous monograph on the company guides you through Muji's history: from its humble beginnings as a product brand of a supermarket to a minimalist's hottest fantasy." ~Flaunt

"This fascinating monograph provides an unprecedented view into the inner workings of Muji, one of the most influential brands leading sustainable design." ~Swiss Legacy
L'autore:
Jasper Morrison is an influential industrial designer.

Naoto Fukasawa is an industrial designer and professor of design at Musashino Art University in Japan.

Kenya Hara is a graphic designer and curator and the art director of Muji.