Articoli correlati a WKW: The Cinema of Wong Kar Wai 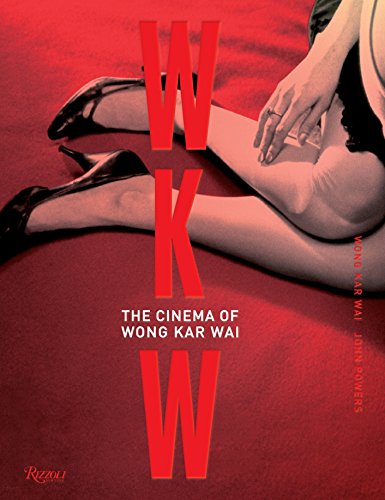 The long-awaited retrospective from the internationally renowned film director celebrated for his visually lush and atmospheric films. Wong Kar Wai is known for his romantic and stylish films that explore—in saturated, cinematic scenes—themes of love, longing, and the burden of memory. His style reveals a fascination with mood and texture, and a sense of place figures prominently. In this volume, the first on his entire body of work, Wong Kar Wai and writer John Powers explore Wong’s complete oeuvre in the locations of some of his most famous scenes. The book is structured as six conversations between Powers and Wong (each in a different locale), including the restaurant where he shot In the Mood for Love and the snack bar where he shot Chungking Express. Discussing each of Wong’s eleven films, the conversations also explore Wong’s trademark themes of time, nostalgia, and beauty, and their roots in his personal life. This first book by Wong Kar Wai, lavishly illustrated with more than 250 photographs and film stills and featuring an opening critical essay by Powers, WKW: The Cinema of Wong Kar Wei is as evocative as walking into one of Wong’s lush films.

The highlight of [WKW: The Cinema of Wong Kar Wei] for me is the superbly gorgeous photographs and film stills, some 250 in total, all neatly collected in this beautiful hard cover volume. . . the huge collection of film stills and photographs alone is worth the price of the book; the conversations with WKW give the reader additional insights into the visions of one the most exciting directors working in cinema today. My highest recommendations."
-HalcyonRealms.com

John Powers is a writer and film critic. Powers covers film and politics for Vogue and Vogue.com and is the pop-culture critic and critic-at-large on NPR’s Fresh Air with Terry Gross. His work has appeared in numerous publications, including Harper’s, The Nation, Gourmet, the Washington Post, The New York Times, and L.A. Weekly, where he spent twelve years as a critic and columnist.