Articoli correlati a Modern Differential Geometry of Curves and Surfaces 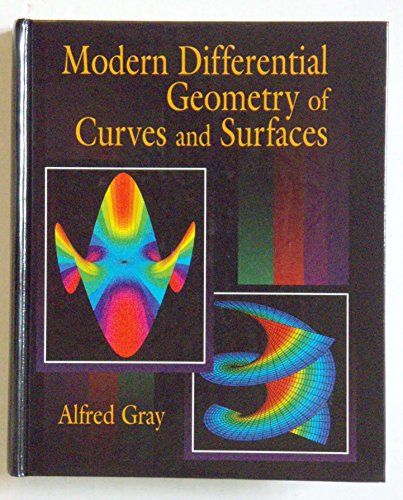 Modern Differential Geometry of Curves and Surfaces is the first advanced text/reference to explain the mathematics of curves and surfaces and describe how to draw the pictures illustrating them using Mathematica‚. You learn not only the classical concepts, ideas, and methods of differential geometry, but also how to define, construct, and compute standard functions. You also learn how to create new curves and surfaces from old ones. The book is superb for classroom use and self-study. Material is presented clearly, using over 150 exercises, 175 Mathematica programs, and 225 geometric figures to thoroughly develop the topics presented. A brief tutorial explaining how to use Mathematica in differential geometry is included as well. This text/reference is excellent for all mathematicians, scientists, and engineers who use differential geometric methods and investigate geometrical structures.

1. Modern Differential Geometry of Curves and Surfaces (Textbooks in Mathematics)