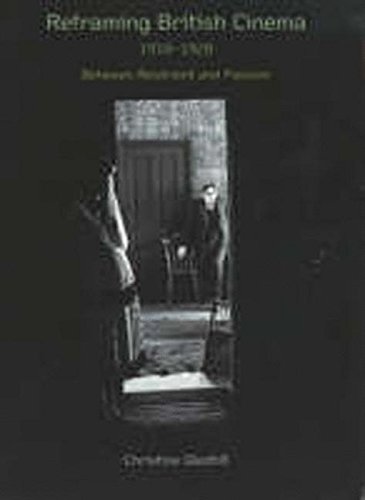 Between 1918 and 1928 British film was poised between a Victorian past and a future marked out as American. Examining a cinema inextricably intertwined with notions of theatricality, pictorialism and literariness, in which the high cultural, middlebrow and popular intersect, this study re-evaluates the little-known by interesting and often startling films of the 1920s. Films such as the Blackpool melodrama "Hindle Wakes", Guy Newell's Hardeyesque meditation "Fox Farm", Graham Cutt's exuberant adaptation "The Rat" (starring Ivor Novello as a Parisian apache!), Maurice Elvey's "Comradeship", a haunting evocation of lives changed utterly after World War I, and Alfred Hitchcock's early works are all considered afresh within British cultural traditions and are related to a specifically British mode of perception distinct from the norms of European art or popular American cinema. By challenging limited conceptions of British cinema the book shows how the oppositions of underplayed performances and theatricalized spaces, of private passion and public restraint of pictorial composition and social document, made for a cinema both distinctive an conventional. Through its recourse to adaptation and quotation and the exchange across media and social classes of different forms and representations, this cinema is revealed to be one that also had much to say about class, about the changing role of women and about a society in transition, and had its own aesthetic practices with which to present its varied set of stories.