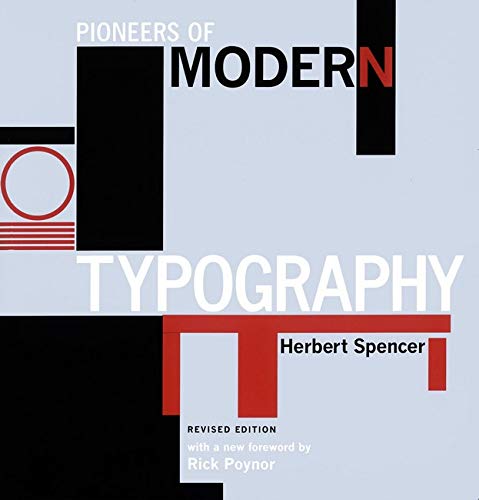 'Among all the publications about typography produced in the last few decades, Pioneers of Modern Typography can lay claim to being one of the most vital and influential.' Rick Poynor Modern typography does not have its origins in the conventional printing industry. Its roots are entwined with those of twentieth-century painting, poetry and architecture, and it flowered quite suddenly and dramatically in the twenty years following the publication of Marinetti's Futurist manifesto in 1909. Since its first publication in 1969, and subsequent reissue in a completely revised edition, Pioneers of Modern Typography has remained the standard guide to the impact of 20th-century avant-garde movements on graphic design and typography. It is re-published now with a new Foreword by Rick Poynor in celebration of its author, the late Herbert Spencer, who was Professor of Graphic Arts at the Royal College of Art. Herbert Spencer's text examines what led up to the new concepts in graphic design and carefully disentangles the respective influences of Futurism, Dadaism, de Stijl, Suprematism, Constructivism and the Bauhaus. His text is profusely illustrated with examples of crucial contributions to the new typography - from Apollinaire to Zwart - and the book's documentation includes biographical notes on the key figures.

'A book which i cannot recommend strongly enough to everyone interested in the history of modern typography.' ----- Dick Dooijes, Drukkersweekblad

'Few books are in print for 35 years. If they are it is usually with good reason. Pioneers of Modern Typography is a classic.' ----- Charlie Sorrel, Blueprint

'First published 35 years ago, this remains an awe-inspiring collection of work that traces the roots of modern graphic design and typography through avant-garde painting, architecture, poetry, and political polemic.' ----- Mark Sinclair, Creative Review

Herbert Spencer (1924-2002) was a typographer, graphic designer, teacher of graphic design, and Art Director at Lund Humphries from 1969 to 1988. He was Editor of the seminal journal Typographica (1949 to 1967) and of The Penrose Annual (1964 to 1973). In addition to Pioneers of Modern Typography, his publications included The Visible Word (the result of his research at the RCA into legibility) and The Liberated Page (an anthology of articles drawn from Typographica).