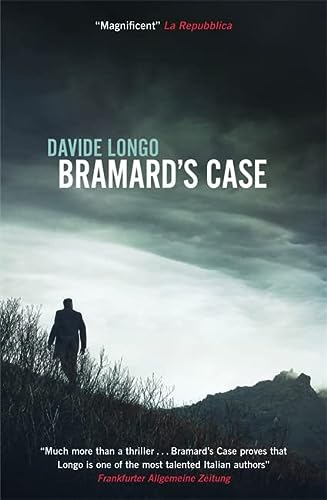 Once a year, Corso Bramard receives a message from the man who destroyed his life. He left the police after a serial killer he was tracking murdered his wife and daughter, but fifteen years later he is still taunted by his old adversary. Mocking letters arrive at his home outside Turin, always from a different country, always typed on the same 1972 Olivetti. But this time the killer may have gone too far. A hair left in the envelope of his latest letter provides a vital clue. Bramard is a teacher now - no gun, no badge, just a score to settle. Isa, an academy graduate whose talent just about outweighs her attitude is assigned to fight his corner. They're a mismatched team, but if they work together they have a chance to unmask the killer before he strikes again - and to uncover a devastating secret that will cut Corso Barmard to the bone.

Davide Longo is the most talented Italian novelist of his generation (Valentina Pigmei G.Q.)

Much more than a thriller, but never less ... Davide Longo proves once again with Bramard's Case that he is currently one of the most exciting Italian authors. (Frankfurter Allgemeine Zeitung.)

Plays skilfully with the basic structure of the thriller. (Die Welt.)

An intriguing addition to the Euro-Noir cannon. (Judith Sullivan Shotsmag.)

Former police inspector Corso Bramard has no gun and no badge - just a score to settle with the man who murdered his wife and child.

Descrizione libro Paperback. Condizione: Good. The book has been read but remains in clean condition. All pages are intact and the cover is intact. Some minor wear to the spine. Codice articolo GOR011237160

Descrizione libro Paperback. Condizione: Very Good. The book has been read, but is in excellent condition. Pages are intact and not marred by notes or highlighting. The spine remains undamaged. Codice articolo GOR008678350

Descrizione libro Paperback. Condizione: GOOD. Spine creases, wear to binding and pages from reading. May contain limited notes, underlining or highlighting that does affect the text. Possible ex library copy, will have the markings and stickers associated from the library. Accessories such as CD, codes, toys, may not be included. Codice articolo 3494166280