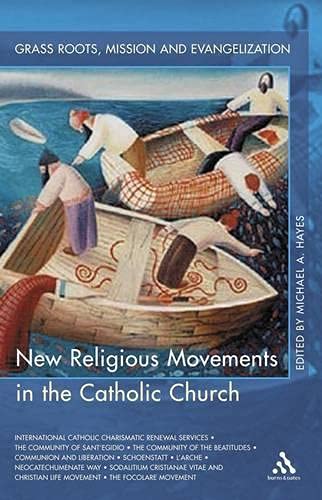 The springing-up of lay communities in the Roman Catholic Church can be seen as one of the clearest manifestions of the work of The Holy Spirit in our time. As Church authorities in Rome seem preoccupied with raising barracades against the modern world, at grass roots level, numerous movements have shown that renewal must also take root among the people of God, among the laity.

Charismatic Renewal in the Roman Catholic Church is a world wide phenomenon which has bought new momentum and inspiration to parishes. Chiara Lubich who founded the Focolari movement has an influence far outside her own community and indeed far outside the Roman Catholic Church. Jean Vanier's communities called L'Arche have bought an entirely new meaning to the Church's mission to the poor, disadvantaged and dispossessed. They have also instigated a new understanding of human dignity. The Community of Sant 'Egidio in Rome, Communio e Liberazione and The NeoCatechumenate are all seen as beacons of light in a world of turbulence and uncertainty.

For those who need hope in the modern world, for those who need to believe that the Gospel's call to renew the face of the earth is demanding and full of rich possibilities, this book has a message of deep encouragement.

Michael A. Hayes after serving as head of the School of Theology, Philosophy, and History at St Mary's University College, Twickenham, London, is currently a Vice-Principal. He is editor of The Pastoral Review and his publications include New Religious Movements in the Catholic Church (Burns &Oates, 2005) and Contemporary Catholic Theology: A Reader (Continuum, 2000).