Articoli correlati a One Of Ours

Cather, Willa One Of Ours 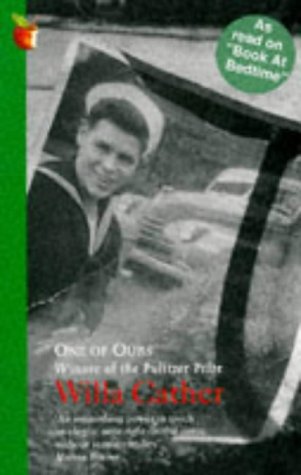 Since childhood, Claude Wheeler has believed that something splendid' would restore the faith he had lost in modern life and the personal compromises and materialism that it brings. The calls of the First World War offers escape from his prosperous farm in Nebraska and marriage of convenience and brings the opportunity to fight for a worthy cause. In action in France he discovers the faith and happiness he has yearned, but not without the heavy cost that war inevitably brings. Willa Cather looks back at the pioneering myth and forward to a new kind of modern heroism through One of Ours, a novel championing democracy.

Willa Cather (1875-1947) was born in Virginia, which she captures in this memorable novel. The pioneer life of the Old West deeply coloured her later life and work. She died in New York.

1. One of Ours (Virago Modern Classics)