Articoli correlati a The Dragons of Tiananmen: Beijing As a Sacred City

Meyer, Jeffrey F. The Dragons of Tiananmen: Beijing As a Sacred City

The Dragons of Tiananmen: Beijing As a Sacred City 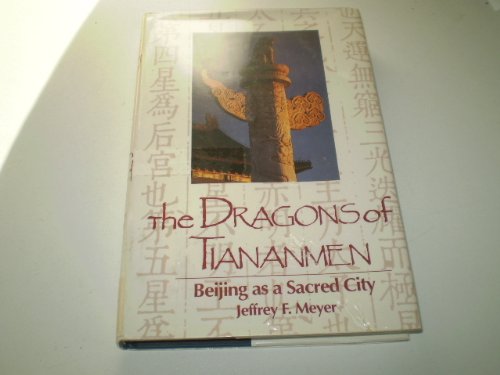 "The Dragons of Tiananmen" is a contribution to scholarship in the field of Chinese studies and the history of religions and should appeal to a large audience in related fields of interest. It focuses on the symbolic meaning and religious significance of Beijing. The works of Lewis Mumford and Paul Wheatley have awakened scholars to the great importance for the more spiritual and symbolic aspects of traditional city building, factors which go beyond the functional, technical and utilitarian. But until now there has been no full study of Beijing, which is the most recent and most accessible example of the kind of religious/cosmic planning traditions. This book will illuminate the religious dimensions of one of the world's great cities, describing the city's meaning to both the upper classes and the ordinary people of Beijing, through an analysis of their myths and legends. The book is also a contribution to the history of religions. A number of recently published works show the current interest in the city from a religious perspective. "The Dragons of Tiananmen" goes beyond the analysis of a particular city to study the phenomenon of the sacred city in general. The book proposes a typology that can be applied to the study of the sacred city as a worldwide phenomenon and in this regard should prove to be of wide and lasting value.

1. The Dragons of Tiananmen: Beijing As a Sacred City (Studies in Comparative Religion)

Descrizione libro Univ of South Carolina Pr, 1991. Hardcover. Condizione: Acceptable. The cover may have some normal wear. The text has no notes or markings. This is a withdrawn library or rental book. It is stamped or stickered. This item is listed as Acceptable because it is missing a dust jacket. Codice articolo 1EYJVO001K1N_ns

Descrizione libro Univ of South Carolina Pr 1991-08-01, 1991. Hardcover. Condizione: Very Good. Item is in very good condition. If supplemental codes/CDs for textbooks are required please contact us prior to purchasing as they may be missing. Photos are stock pictures and not of the actual item. Codice articolo DS-0872497399-2