Articoli correlati a Piranesi As Designer 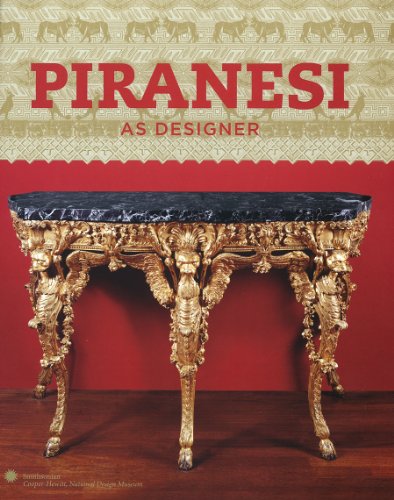 Justly renowned as one of the finest printmakers of the eighteenth century, Giovanni Battista Piranesi (1720-1778) is best known for his etched views of Rome and its antiquities, as well as for his highly influential suite of drawings entitled Carceri, or Imaginary Prisons. Trained as an architect, Piranesi revolutionized architecture and design through his combination of decorative elements and ornamental motifs from the Egyptian, Etruscan, Greek and Roman styles; yet his work as the designer of interiors and furnishings has been largely uncelebrated until now. Published in conjunction with a major exhibition at the Smithsonian's Cooper-Hewitt, National Design Museum, in 2007, Piranesi as Designer features ten accessible essays and more than 300 rare illustrations that explore the far-reaching impact of Piranesi's style on three centuries of architecture and design.