Articoli correlati a Art, Controversy, and the Jesuits: The Imago Primi...

Art, Controversy, and the Jesuits: The Imago Primi Saeculi (1640)

Art, Controversy, and the Jesuits: The Imago Primi Saeculi (1640) 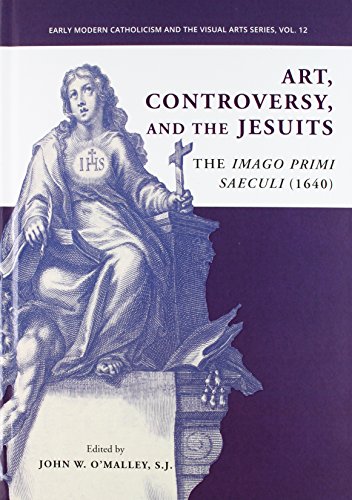 In 1640 the Society of Jesus observed the centenary of its founding with elaborate celebrations worldwide. The most lasting monument from the occasion is the Imago primi saeculi Societatis Iesu, a magnificent volume of 952 folio-sized pages of poetry, prose, and 127 exquisite copperplate engravings published by the prestigious Plantin-Moretus Press, Antwerp, in a Latin edition, followed later that year by a Dutch adaptation. No other book better reveals Jesuit self-understanding at the moment when the order had achieved its mature form. The ink was hardly dry on its pages before it became an object of controversy, one of the first volleys in the bitter Jesuit/Jansenist culture war that divided French Society for a century and that contributed to the papal suppression of the Jesuits in 1773. Art, Controversy, and the Jesuits is the most comprehensive study of this important book ever to appear. Besides facsimile reproductions of the 127 emblems interspersed through the Imago and translations of the Latin, Greek, and Hebrew poetry attached to them, the book, edited and introduced by John W. O’Malley, S.J., consists in contributions by scholars from the Académie française, Katholieke Universiteit Leuven, Brown University, and Georgetown University. This superbly produced volume of almost 800 pages and some 339 images other than those of the emblems, takes the reader to the heart of the literary, artistic, and religious culture of baroque Europe.

1. ART,CONTROVERSY, AND THE JESUITS: THE IMAGO PRIMI SAECULI (1640)

Descrizione libro Hardcover. Condizione: New. No Jacket. 1st Edition. Philadelphia, 2015. Large quarto.V lvs.,771 pp.466 black white illustr. and many in color. Bibliography index.Original boards, weight: 3,5 kilo. NB THIS LARGE VOLUME OF 952 FOLIO SIZED PAGES IS THE CENTENARY'S MOST LASTING MONUMENT. Celebrating the first century of the JESUIT ORDER.With a group of international scholars, in the USA and Europe. Magnificently produced, Emblemata at it's best. NB; copies can also be shipped from the USA to other countries.Let us know what you prefer. Codice articolo 0004122