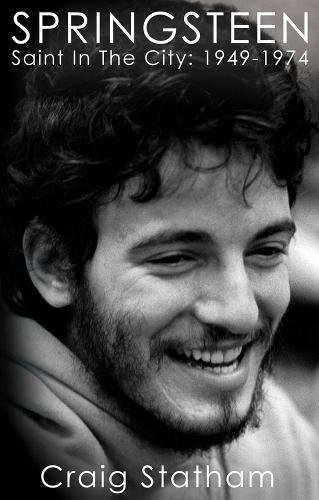 Covers the year from Springsteen's birth to 1974 - the year before his breakthrough album Born To Run. It explores both the negative factors in his life such as school and Catholicism and the positive ones such as baseball, girls and the guitar, as well as the British Invasion, the civil rights movement and, crucially, his relationship with his father. Springsteen's early bands, the Rogues, the Castiles and Earth, are examined via interviews with ex-members. Also covered are the pre-Columbia years, the audition for Mike Appel, the first two albums and the E Street Band.

"As a huge Springsteen fan who has read countless books on the 'Boss', this book has provided me (with) the greatest source of new information" --Fireworks Magazine

Craig Statham has an MA in History from the University of Edinburgh and a post-graduate qualification in Museum and Gallery Studies from the University of St Andrews. He currently work as the Local History Officer for East Lothian Council. and has previously published four books on local history. He is also a contributor to the Brucebase website