Articoli correlati a The Diaries of Queen Liliuokalani of Hawaii, 1885-1900 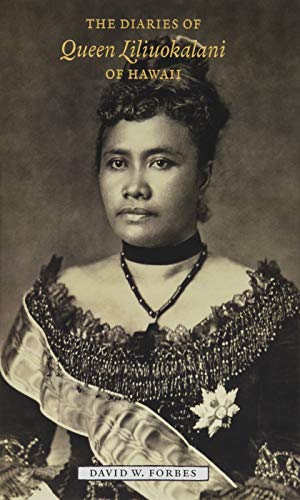 Descrizione libro Hui Hanai, United States, 2020. Hardback. Condizione: New. Language: English. Brand new Book. Queen Liliuokalani, the eighth monarch of the Hawaiian Islands, is known and honored throughout the world, even though she was never ceremonially crowned. Published here for the first time, the Queen's diaries, which she penned between 1885 and 1900, reveal her experience as heir apparent and monarch of the Hawaiian Islands during one of the most intense, complicated, and politically charged eras in Hawaiian history. The practice of keeping journals and diaries was well established among the Hawaiian alii, or chiefs, when Lydia Kapaakea Paki, later known as Liliuokalani, was a child. In most cases, however, only fragments of alii diaries have survived. Those of Queen Liliuokalani are the sole--and striking--exception. The Liliuokalani diaries for 1887, 1888, 1889 (short version), 1893, and 1894 are a part of the group of documents known as the "seized papers" that are now held by the Hawaii State Archives. These are among the records seized by order of Republic of Hawaii officials in 1895 with the intent of obtaining evidence that she had prior knowledge of the 1895 counterrevolution. The government eventually turned these documents over to the territorial archives in 1921, four years after the death of the Queen. Four of the diaries transcribed here were not seized and remained in the Queen's possession; today these are in the Bishop Museum. The important 1889 (long version) diary is now in the private collection of a member of her family and its contents appear here in publication for the first time Collectively, the Queen's diaries, introduced, edited, and annotated by David W. Forbes, provide the reader with invaluable insights into Liliuokalani's private life, thoughts, and deeds during her rule as sovereign of the Hawaiian Islands; the overthrow of her government in 1893; her arrest, imprisonment, trial, and abdication in 1895; and her efforts in Washington, DC, to avert the 1898 annexation of her beloved islands to the United States. David W. Forbes is an internationally recognized historian specializing in the written and pictorial history of Hawaii. He is the author of the four-volume Hawaiian National Bibliography 1780-1900 (University of Hawai'i Press and Hordern House, 2003), as well as numerous books, essays, artist monographs, and catalogues. The Forbes Collection in the Hawaii State Archives includes his transcriptions and notes regarding significant documents of the Hawaiian kingdom's last royal family. Codice articolo AAS9780988727830