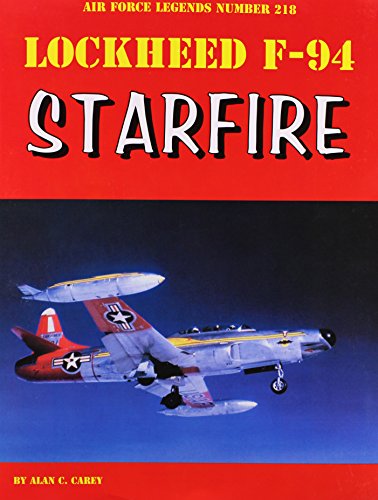 The Lockheed F-94 Starfire was developed from the Lockheed TF-80C/T-33 two seat trainer version of the famed P/F-80 Shooting Star. It was redesigned around a afterburning engine and a Hughes nose mounted radar system to become a interim all-weather night fighter until replaced by Northrop F-89s and North American F-86D/Ls. F-94Bs would see combat in Korea where it protected B-29 formations and keep "Bed Check Charlie" at bay. The F-94A/B/C served actively with the USAF and the Air Guard from 1950 through 1959.