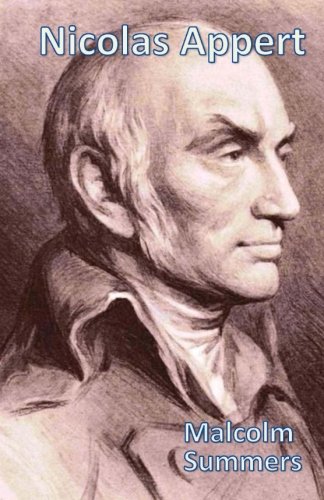 The biography of Nicolas Appert, the “Father of Canning”. Nicolas Appert lived through turbulent times, nearly losing his life in the French Revolution. From humble beginnings and with little education, this extraordinary man invented the process that has given us tinned food. Further inventions followed: what we now know as the pasteurisation of milk, the bouillon or stock cube, a treatment to allow wine to travel and keep its flavour, and more. Nicolas Appert was a man who changed the world, not by feat of arms or by political means, but through empirical science. At his passing, world famous scientists honoured his memory, yet he died without the financial means to lift him above the level of sharing the common grave in Massy, near Paris. How to reconcile his fame and his poverty? Nicolas Appert did not leave a Last Will and Testament, but he did leave behind a legacy in which the world has shared every day since.

Malcolm Summers graduated from London University with a degree in mathematics and has taught in secondary schools for over 30 years. Originally from Birmingham, he lives in Reading with three descendants of Nicolas Appert. In 2013 he completed and published “History of Greyfriars Church, Reading.”