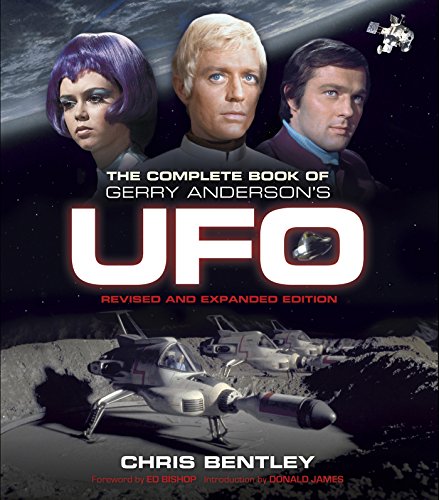 The official guide to Gerry Anderson's television classic UFO is now available as an expanded, deluxe hardback in full colour for the first time. Now compiled with full access to ITV's extensive stills archive, the book includes a complete production history, comprehensive episode guides and full details of vehicles and characters. The chapter on promotion and merchandise is expanded with details on UFO-inspired comics and there is a new section on Anderson's feature film Doppelganger, considered by many to be the precursor to UFO. This is the definitive companion to the series that many fans consider to be Gerry Anderson's greatest work.

A former chairman of Fanderson, the official Gerry Anderson Appreciation Society, Chris Bentley was a friend and colleague of the UFO creator for many years. He is the author of The Complete Book of Thunderbirds (2000), The Complete Book of Captain Scarlet (2001) and The Complete Gerry Anderson: The Authorised Episode Guide (2005). Since the original publication of the UFO book in 2003, Chris's ongoing research has revealed new information which will appear in this edition for the first time. Widely recognised as one of the UK's leading television historians, in recent years Chris has become a regular contributor to the official Doctor Who Magazine.