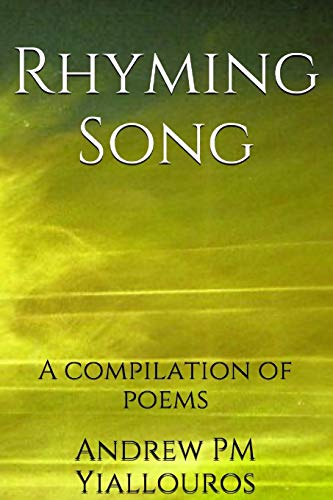 Descrizione libro Blurb, United States, 2019. Paperback. Condizione: New. Language: English. Brand new Book. A collection of poetry by Andrew P M Yiallouros, romantic, philosophical, spiritual, loving and sometimes silly in nature. Includes favourites such as "I will make you happier", "Lost Love", "It", "Suicide", and many more. "Such a beautiful voice, the naivety is just on the right side of sweetness." "I just love it, it's brilliant, I love 'Walking in the Rain.'" "I love your poetry, it's really beautiful!" Other titles and future works: The Dragon and The Princess The Sorcerer's Kingdom The Secret Garden The Wizard and The Dragon Where the Man Burns The Cat and the Husky The Mysterious Island and The World of the Sea People The Noble Savage and the Low Lands Meadow lands or Shambala The Place where The Angels Fly and Play The Moon over The Jungle The Caves and The Cloud Lands The Diamond Palace and The Evil King A Tale of Three Mountains The Dragon and The Princess - A spiritual odyssey begins.a tale of magic, love, spirituality and adventure. Follow the dragon as he awakens, as he comes of age, as he discovers life and as he finds The Creator.a story of lost love, friendship, magical beings and evil sorcerers; a spiritual odyssey that takes the reader as a companion and co-discoverer! An allegorical and philosophical message for our times. The beginning of a series of books centred around the dragon's world and the journeys of the creatures therein, with the next title being the second part to this introduction. Future titles are "The Sorcerer's Kingdom"; " The Wizard and The Dragon"; "The Secret Garden"; "Where The Man Burns"; "The Mysterious Island and the World of the Sea People" and lots more!. Codice articolo AAV9781366665584