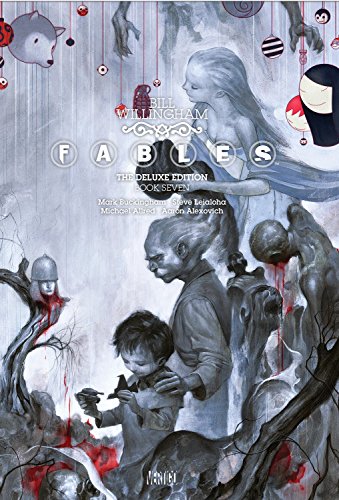 Preparation for war between Fabletown and the Empire begins! The Adversary calls a conference of the Imperial elite to decide what to do about Fabletown and Pinocchio has to face up to his divided loyalties between his friends and his family. Meanwhile, Bigby decides the time has come to confront his father, the North Wind, while the cubs learn more of their family and celebrate their birthday! Plus, Burning Questions by the fans answered!

..".spellbinding epic."--Booklist "Clever, enjoyable . . . an excellent series in the tradition of SANDMAN, one that rewards careful attention and loyalty."--Publishers Weekly "One of the best damn series ever written." --Ain't It Cool News L'autore:

Bill Willingham is the award-winning writer and creator of FABLES. He has been writing, and sometimes drawing, comics for more than twenty years on titles including Elementals, Coventry, PROPOSITION PLAYER and FABLES. With Matthew Sturges, Bill co-wrote the FABLES spinoff JACK OF FABLES, as well as HOUSE OF MYSTERY and JUSTICE SOCIETY OF AMERICA. His work has been nominated for many awards, including the Eisner, Harvey and Ignatz comic industry awards, plus the International Horror Guild award.