Articoli correlati a The Fascinating Girl

Andelin, Helen B. The Fascinating Girl 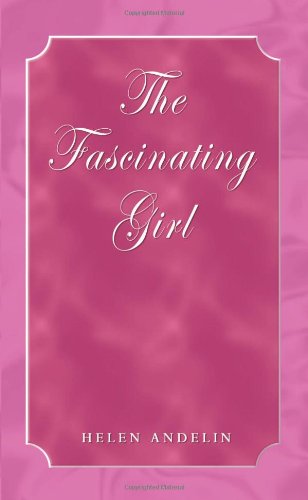 Fascinating Womanhood is a guide to a happy marriage and a two million best seller. Its success, however, is not measured so much by the number of copies sold as by the lives it has changed. The impact it has had on marriages has been phenomenal, as evidenced by the thousands of testimonials, many which have been included in her book. Through Fascinating Womanhood there is hope of a new generation of women happy, feminine, adored and cherished. This would invoke a new generation of men - masculine and chivalrous. This claim is expressed in the authors own words:I am more convinced than ever that these teachings are true, and that this knowledge is the most urgently needed knowledge in the world today. This claim is not unreasonable. A loving marriage is the foundation of a happy family, and a happy family is the foundation of a stable society. Most of the problems in this world stem from troubled homes. If we are to have peace in the world we must begin at home. Fascinating Womanhood is not a book of rules to be memorized and applied, then put aside when they become tiresome. Rather, it forever changes the way a woman thinks, the way she views her husband and herself, a way that is new to most women.The experiences of Fascinating Womanhood indicate that women are the same everywhere, regardless of race, religion or culture. Women the world over want to be loved and cherished, cared for and treasured. When they apply these teachings, results are earth shaking.Helen Andelin has been interviewed by all the major newspapers, TV, and radio programs in the US to a total of over 300 programs. She has been a featured guest on numerous national shows, among them Phil Donahue, Barbara Walters, Hugh Downs and Larry King. She has also made personal appearances in Brazil, Japan, Australia and The Philippines. Fascinating Womanhood has been translated into Spanish, French, Portuguese, Japanese and Indonesian.She is currently writing a monthly advice column

Helen was born in Mesa, Arizona in 1920. She was the youngest daughter in a family of seven four girls and three boys. Her father was a dentist. Later the family moved to Phoenix where she attended Phoenix Union High School. When she was eighteen she attended Brigham Young University where she met her future husband, Aubrey Andelin. After they were married they resided in Los Angeles where Aubrey attended dental school at the University of Southern California and served a term in the military at Castle Air Force Base in Merced, California. Helens dedication to improve marriages began in 1962 in Fresno, California where she taught marriage classes to women, drawing from her own resources. Her unadvertised classes grew rapidly from a small group of eight to a large audience of 170. Women poured into her classes from all walks of life all religions, races and cultures. The most amazing thing about her teachings, however, was the lives it was changing. Marriages that had become dull and uninteresting became romantic again and those in deep trouble were rescued and renewed. Her teachings offered solutions and saved many marriages from divorce. The project she entered into with a light heart now became a project she viewed with soberness. With the success of her marriage classes she conceived the idea of writing her book, Fascinating Womanhood. The first printing of her book was an immediate sell-out. The classes continued to grow and soon other women requested permission to teach the Fascinating Womanhood course. This created a greater demand for her book, which in turn created a demand in the book stores. Her husband formed a small publishing company to meet this need. In nine years sales totaled near 500.000 copies in hardback. In 1974 Helen signed a contract with Bantam Books to publish the book in paperback for mass-market distribution.In 1975 Bantam Books sent the Andelins on extensive publicity trips where they were interviewed on all major