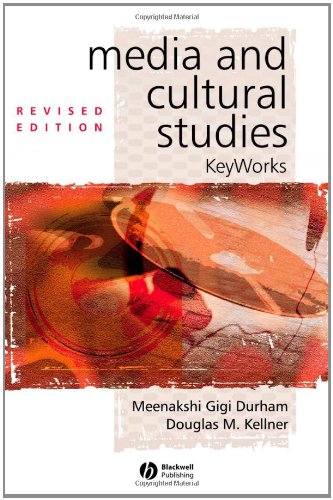 Bringing together a range of core texts into one volume, this acclaimed anthology offers the definitive resource in culture, media, and communication.

Meenakshi Gigi Durham is Associate Professor of Journalism and Mass Communication at the University of Iowa. She has published widely on feminist media studies and related critical approaches, especially those of race, class, and sexuality.

Douglas M. Kellner is George Kneller Chair in the Philosophy of Education at UCLA and is the author of many books on social theory, politics, history, and culture, including Television and the Crisis of Democracy; The Persian Gulf TV War; Media Culture; Media Spectacle and September 11, Terror War, and The Dangers of the Bush Legacy.

Bringing together a range of core texts into one volume, this acclaimed anthology offers the definitive resource in culture, media, and communication.

The revised edition updates topics including race, culture, and new media, while retaining its original emphasis on the giant thinkers and “makers” of the field: from Gramsci, Bourdieu and Adorno, to Chomsky, Stuart Hall, and Angela McRobbie. New contributions include essays from Althusser’s classic Ideology and Ideological State Apparatuses through to Henry Jenkins, and a completely new section on Globalization and Social Movements.

Each section features a substantial critical introduction, short introductions and full bibliographic citations to facilitate student and teacher engagement with this multidisciplinary and dynamic area of study.