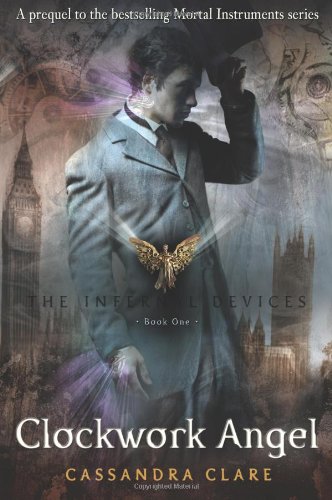 This is a new urban fantasy full of vampires, werewolves and shape-shifters from the bestselling author of "The Mortal Instruments Series". It was London, 1878. Sixteen-year-old Tessa Gray's priority should be finding her brother, not falling in love, especially with two boys. She is soon caught in a dangerous love triangle where a wrong decision could prove fatal. Tessa will need all her strength to save her brother and stay alive as she learns the chilling truth of what really lurks on London's streets after dark. Discover more about the mysterious and sexy Shadowhunters in this thrilling prequel trilogy to the bestselling "Mortal Instruments" sequence. It is supported by a major marketing and publicity campaign. "The Mortal Instruments Series" has been translated into 19 languages and has appeared on bestseller lists in the US, Germany, Ireland, Australia, New Zealand and Canada.

A prequel to the bestselling Mortal Instruments series.

Cassandra Clare lives in Brooklyn. She has worked as an entertainment journalist for The Hollywood Reporter, has published several short stories and is the author of the popular internet parody The Very Secret Diaries. The Infernal Devices is her second major series.