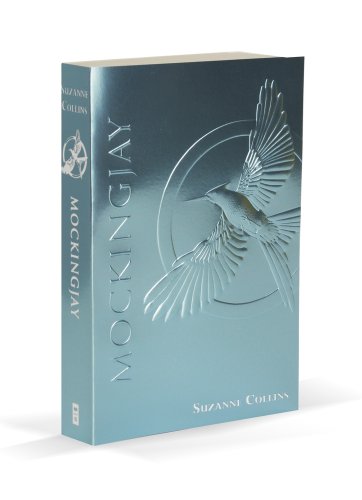 The final book in the ground-breaking HUNGER GAMES trilogy. Against all odds, Katniss Everdeen has survived the Hunger Games twice. But now that she's made it out of the bloody arena alive, she's still not safe. The Capitol is angry. The Capitol wants revenge. Who do they think should pay for the unrest? Katniss. And what's worse, President Snow has made it clear that no one else is safe either. Not Katniss's family, not her friends, not the people of District 12.

Suzanne Collins is the author of the New York Times bestselling Underland Chronicles series, which has more than one million books in print and is available in seven foreign editions. In the award-winning The Hunger Games and Catching Fire, Collins continues to explore the effects of war and violence on those coming of age. The much-anticipated finale to The Hunger Games trilogy, Mockingjay, will be published on August 24th, 2010. Also a successful writer for children's television, Collins lives with her family in Connecticut. Visit her at www.suzannecollinsbooks.com.