Articoli correlati a The Bone Season: 1 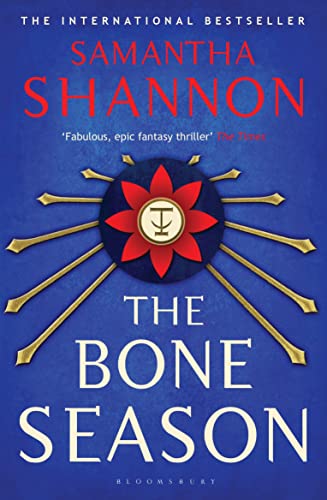 EVEN A DREAMER CAN START A REVOLUTION

Nineteen-year-old Paige Mahoney works in the criminal underworld of Scion London. Her job: to scout for information by breaking into people's minds. For Paige is a dreamwalker, a clairvoyant and, in the world of Scion, she commits treason simply by breathing.

The New York Times and Sunday Times bestseller also includes an exclusive excerpt of the sequel, The Mime Order.

A new breed of women authors are claiming fantasy for their own. Leading the charge is Samantha Shannon (Harper's Bazaar)

A dark and exquisitely rendered fantasy unlike anything out there. The Bone Season is a must read (Kami Garcia, No. 1 New York Times bestselling co-author of the Beautiful Creatures series)

A richly dramatic and unadulterated pleasure, filled with horrors, wonders and charm (Justina Robson, author of the Quantum Gravity series)

The book invokes both the political tyranny of George Orwell and the bucolic mythmaking of J.R.R. Tolkein (USA Today)

A rapid-fire wonder of a book, where clairvoyants and humans battle it out against scary monsters and super-creeps ... The Bone Season is our next Twilight (Marie Claire)

Descrizione libro Bloomsbury, 2014. Soft cover. Condizione: New. 1st Edition. Mint condition.Bloomsbury,2014.First UK paperback edition-first printing(10 9 8 7 6 5 4 3 2 1).Paperback in mint condition.Illustrated with a b/w map.The book is new.477pp including The Seven orders of Clairvoyance tree,a note on the author.First edition. This is another paragraph Book Description: A major event the first book in a seven-part series of dizzying imagination. Welcome to Scion: No Safer Place. The year is 2059. Nineteen-year-old Paige Mahoney is working in the criminal underworld of Scion London, based at Seven Dials, employed by a man named Jaxon Hall. Her job: to scout for information by breaking into peopleăs minds. For Paige is a dreamwalker, a clairvoyant and, in the world of Scion, she commits treason simply by breathing. It is raining the day her life changes for ever. Attacked, drugged and kidnapped, Paige is transported to Oxford a city kept secret for two hundred years, controlled by a powerful, otherworldly race. Paige is assigned to Warden, a Rephaite with mysterious motives. He is her master. Her trainer. Her natural enemy. But if Paige wants to regain her freedom she must allow herself to be nurtured in this prison where she is meant to die. The Bone Season introduces a compelling heroine and also introduces an extraordinary young writer, with huge ambition and a teeming imagination. Samantha Shannon has created a bold new reality in this riveting debut. Codice articolo 8006