Articoli correlati a The Scottish Prisoner 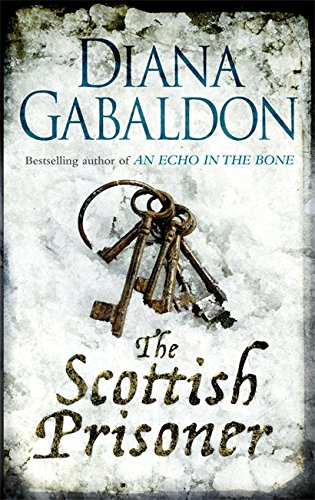 1760. Jamie Fraser is a paroled prisoner-of-war in the remote Lake District. Close enough to the son he cannot claim as his own, his quiet existence is interrupted first by dreams of his lost wife, then by the appearance of Tobias Quinn, an erstwhile comrade from the Rising.

Lord John Grey - aristocrat, soldier, sometime spy - is in possession of papers which reveal a damning case of corruption and murder against a British officer. But the documents also hint at a far more dangerous conspiracy.

Soon Lord John and Jamie are unwilling companions on the road to Ireland, a country whose castles hold dreadful secrets, and where the bones of the dead are hidden, in an epic story of treachery - and scores that can only be settled in blood.

The latest novel in the popular Lord John series from the international bestselling author of AN ECHO IN THE BONE.

Diana Gabaldon is the internationally bestselling author of the Outlander series as well as the acclaimed Lord John historical crime series. She lives with her family in Scottsdale, Arizona. Visit her website at www.dianagabaldon.com

Descrizione libro Paperback. Condizione: Very Good. The book has been read, but is in excellent condition. Pages are intact and not marred by notes or highlighting. The spine remains undamaged. Codice articolo GOR004440165