Articoli correlati a The Rhetorical Power of Popular Culture: Considering... 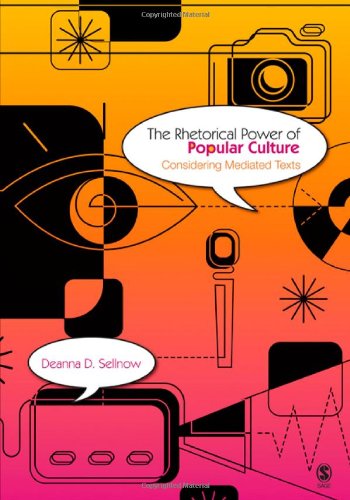 Intended Audience
This pragmatic book makes an excellent text for courses exploring the intersections of popular culture, communication, sociology, and identity. It is a must-have for anyone interested in examining the powerfully persuasive rhetorical messages that pervade our daily lives.

"Best considered a classroom text, it takes students through the steps necessary to write analyses of various forms of popular culture, ranging from stage musicals to film and television to popular music to advertising to visual images and beyond." (Paul A. Soukup, S.J.)

Deanna Sellnow currently serves as the Gifford Blyton Endowed Professor of Communication and Director of Undergraduate Studies in the Department of Communication at the University of Kentucky. Her research interests include the rhetoric of popular culture, particularly music as communication; as well as instructional communication. She has presented her work at state, regional, national, and international conferences; published in a variety of journals; and is currently serving as Editor of Communication Teacher. She and her husband, Tim, have two children: Debbie and Rick.