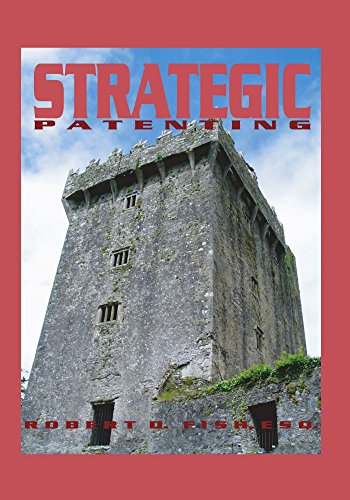 A comprehensive guide to patenting, from drafting and prosecution to valuation and licensing. Writing with a conversational style and numerous examples, Fish is a master at simplifying complex material.

Robert D. Fish, Esq. has been a patent attorney for 17 years, and is currently chair of the Intellectual Property and Technology Group at the general practice law firm of Rutan & Tucker, LLP in Costa Mesa, CA. He has attracted a world-class clientele in a wide array of technologies, from garage inventors to multi-billion dollar corporations and universities. Several foreign patent offices engage Mr. Fish as their U.S. patent associate. Mr. Fish is currently overseeing more than a thousand active patent matters and numerous trademark matters, including extensive foreign filings. He has also been involved in several patent enforcement programs, which include in-bound and out-bound licensing, arbitration, and litigation. Mr. Fish has litigated in state and federal courts throughout the United States, (including California, Pennsylvania, Massachusetts, Nevada, and Delaware) and has overseen cases in several European countries. Mr. Fish has successfully appealed several matters before the PTO, TTAB, and the Federal Circuit. He has acted as both an arbitrator and a mediator. Mr. Fish is a master at simplifying complex matters. His Cost-Effective Patenting and Strategic Patenting books demystify what so often seems like a black art, providing simple explanations and a logical approach to the patent process. In addition, Mr. Fish is perfectly willing to share his secrets. Unlike others who try to hide behind the obscurity of the profession, Mr. Fish is perfectly willing to explain patent drafting, prosecution, valuation, licensing, and even office practice in great detail. That approach is incredibly valuable for beginning patent practitioners, inventors, and business people. Still further, Mr. Fish is completely open about the costs of patent prosecution, teaching others how to achieve the very best protection without busting the budget.