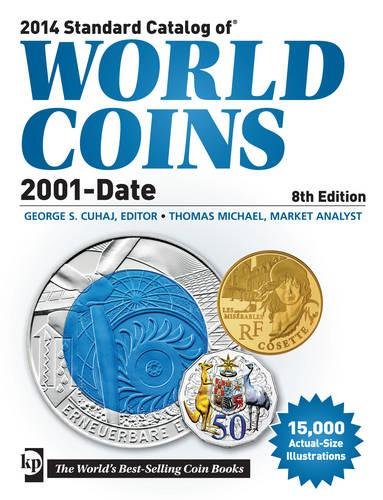 The most comprehensive listing of world coins of the 21st century is featured in this easy-to-use reference that encompasses more than 5,000 detailed photographs and illustrations to enhance identification, information on both collector sets and single coins and other essential data. Original.

George S. Cuhaj has served the Krause Publications numismatic staff for 20 years. Before becoming an editor with the Standard Catalog of World Coin series he worked for the American Numismatic Society and as a cataloger for Stack's Rare Coins, both of New York City. Cuhaj is past president of the American Medallic Sculpture Association and his art medal creations have been show internationally.

Thomas Michael has served as a market analyst for 25 years at Krause Publications, which holds a reputation for creating the world's best-selling coin books. Michael holds a bachelor's of arts degree in history and a master of arts degree in economics.