Articoli correlati a Tumultuous Decade: Empire, Society, and Diplomacy in... 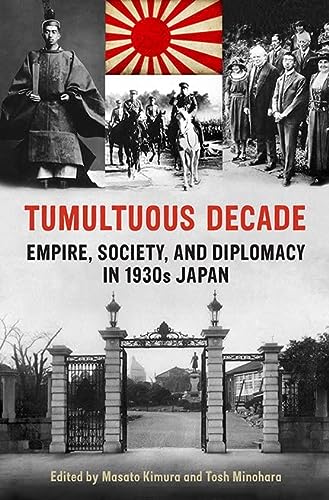 The 1930s was a dark period in international affairs. The Great Depression affected the economic and social circumstances of the world’s major powers, contributing to armed conflicts such as the Spanish Civil War and the Second World War. This volume focuses exclusively on Japan, which witnessed a flurry of progressive activities in this period, activities which served both domestic and international society during the “tumultuous decade.”

Featuring an interdisciplinary and international group of scholars, Tumultuous Decade examines Japanese domestic and foreign affairs between 1931 and 1941. It looks at Japan in the context of changing approaches to global governance, the rise of the League of Nations, and attempts to understand the Japanese worldview as it stood in the 1930s, a crucial period for Japan and the wider world. The editors argue that, like many other emerging powers at the time, Japan experienced a national identity crisis during this period and that this crisis is what ultimately precipitated Japan’s role in the Second World War as well as the global order that took shape in its aftermath.

Masato Kimura is director of the Shibusawa Ei'ichi Memorial Foundation. Tosh Minohara is a professor in the Graduate School of Law at Kobe University.