Articoli correlati a In Memoriam: Commemoration, Communal Memory and Gender...

In Memoriam: Commemoration, Communal Memory and Gender Values in the Ancient Graeco-Roman World

In Memoriam: Commemoration, Communal Memory and Gender Values in the Ancient Graeco-Roman World 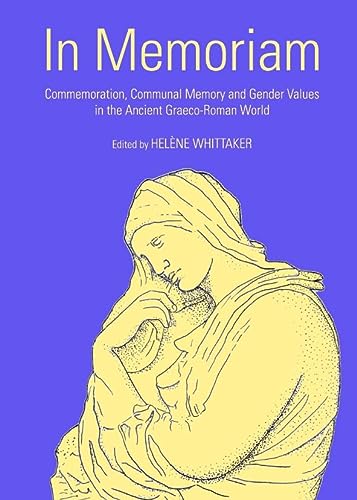 References to the past play a significant role on many levels in both modern and ancient societies. What societies choose to remember and how they do it can be seen in relation to their social, religious, and moral world view. Ancient societies invested heavily in remembrance, and the memory of remarkable individuals and significant events was deliberately perpetuated through both literature and material culture.The papers in this volume discuss the topic of the deliberate creation of memory in relation to both literary and material evidence from the Graeco-Roman world. They range in time from the Greek Archaic period to Late Antiquity. A major aim of the collection as a whole is an attempt to cast light on the relationship between an individual's gender and social status and the existence of opportunities for ensuring that he or she would be remembered after death.

Helene Whittaker is currently Professor of Classics at the University of Tromso in Norway. Her research interests range from the Aegean Bronze Age to Greek and Roman literature.