Articoli correlati a The Fantastic of the Fin de Sičcle

The Fantastic of the Fin de Sičcle 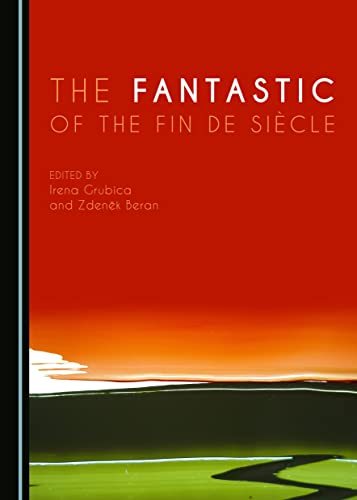 This volume explores various facets of the relationship between the fantastic and the fin de siecle. The essays included here examine how the fin de siecle reflects the fantastic and its relation to the genesis of aesthetic ideas, to the concepts of terror and horror, the sublime, and evil, to Gothic and sensation fiction, to the Aesthetic Movement and Decadence. They also raise the question regarding the ways in which fantastic literature reflects the dynamic and all-too-often controversial development of the concept of the fantastic. At the same time, the majority of the contributions also investigate a broader context of specific social, political and economic conditions that frame the fantastic of the fin de siecle. They examine how fantastic genres use narrative manipulations, and how they incorporate various ideas of scientific development and progress by highlighting the role of religion, cultural anxiety and social crisis, as well as exploring the ways such genres use the fantastic for various purposes of cultural and social subversion. Fin de siecle fantastic literature is also investigated across a variety of cultures, as reflected in Scottish, Canadian, Australian, American and British writing, with particular emphasis on their predominant cultural or generic aspects, the genesis of the fin de siecle fantastic in some of these cultures and literatures, and their relations to a wider historical and cultural framework. The essays as a whole represent the work of scholars working in a diverse range of fields, and therefore adopt a wide range of approaches to the fantastic. As such, this volume provides a fresh and stimulating platform for further rethinking of the concept of the fantastic and its relation to fin de siecle literature, and its theoretical, philosophical, generic, and other implications within a broader literary, social and cultural context.

Irena Grubica is a Senior Lecturer in the English Department at the University of Rijeka, Croatia, where she teaches Modern Irish Literature and English Neo-Classicism and Romanticism. Her interests include nineteenth and twentieth-century English and Irish literature, translation studies and cultural criticism. She was a Chevening Scholar at the University of Oxford in the academic year 2004/5. Zdenk Beran is a Senior Lecturer at the Department of Anglophone Literatures and Cultures at Charles University, Prague, and at the Metropolitan University, Prague. His major interests are (late) Victorian literature, English Romanticism, contemporary English fiction and literary translation studies. He has published a number of articles on nineteenth-century writers in both Czech and international academic journals. He is also a professional translator.