Articoli correlati a Queen Hedwig Eleonora and the Arts: Court Culture in... 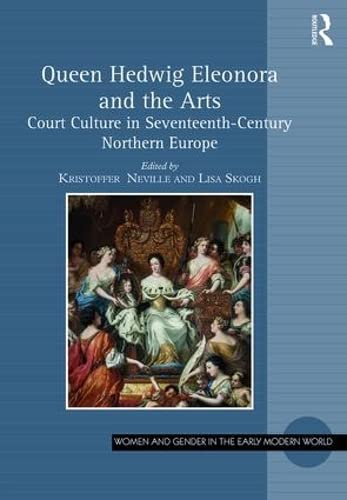 As queen consort and dowager, Hedwig Eleonora (1636–1715) held a unique position in Sweden for more than half a century. As the dominant collector and patron of art and architecture in the realm, she left a strong mark on Swedish court culture. Her dynastic network among the Northern European courts was extensive, and this helped to make Sweden a major cultural center in Northern Europe in the later seventeenth century. This book represents the first major scholarly publication on the full range of Hedwig Eleonora’s endeavours, from the financing of her court to her place within a larger princely network, to her engagements with various cultural pursuits, to her public image. As the contributors show, despite her high profile, political position, and conspicuous patronage, Hedwig Eleonora experienced little of the animosity directed at many other foreign queens and regents, such as the Medici in France and Henrietta Maria in England. In this way, she provides a model for a different and more successful way of negotiating the difficulties of joining a foreign court; the analysis of her circumstances thus adds a substantial dimension to the study of early modern queenship. Presenting much new scholarship, this volume highlights one extremely significant early modern woman and her imprint on Northern European history, and fosters international awareness of the importance of early modern Scandinavia for European cultural history.

Kristoffer Neville is Associate Professor of Art History at the University of California, Riverside, USA

Lisa Skogh is Project Co-Investigator in the Research Department at the Victoria and Albert Museum, UK

1. Queen Hedwig Eleonora and the Arts

3. Queen Hedwig Eleonora and the Arts

4. Queen Hedwig Eleonora and the Arts