Articoli correlati a Hancock, G: America Before: The Key to Earth's...

Hancock, G: America Before: The Key to Earth's Lost Civiliza 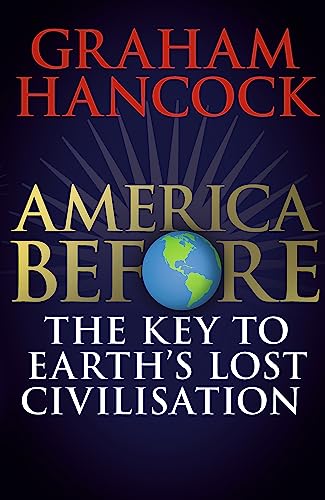 Until very recently there was almost universal agreement amongst scientists that human beings first entered the Americas from Siberia around 13,000 years ago by walking into Alaska across the Bering landbridge. Over the next two thousand years their descendants supposedly spread out through Central and South America reaching the southern tip of Chile by about 11,000 years ago. Meanwhile the Ice Age ended, sea level rose, the Bering landbridge was submerged and the Americas were isolated from the rest of the world. Largely on account of this consensus there has not been a single serious attempt in modern scholarship to investigate the possibility that the Americas might have played an important part in the still incomplete story of human origins, or in the equally incomplete story of the origins of civilization. Thanks to scientific advances, and to archaeological and geological discoveries made in the past five years, we now know that the Americas were populated by humans for tens of thousands of years before the previously accepted date. Deeply puzzling and hitherto unsuspected genetic connections have also emerged - for example linking Native Americans both with Australian Aborigines and with Western Europeans. The quiet revolution in scholarship that has demonstrated that humans were present in the Americas for at least 50,000 years before we were previously taught they had arrived, also requires us to seek answers to another pressing question: what were these 'lost Americans' doing during all the opaque and hitherto unexplored millennia when they were not supposed to be in the 'New World' at all? Now we know that scientists missed the evidence of the earlier human presence entirely until the discoveries of the last five years or so forced them to rethink their model, it becomes legitimate to ask - what else has been missed? In particular, is it possible that missing pages in the story of the origins of civilization might await discovery in North America - the very last place, until now, that archaeologists have thought to look?

1. America Before: The Key to Earth's Lost Civilization: A new investigation into the mysteries of the human past by the bestselling author of Fingerprints of the Gods and Magicians of the Gods

Descrizione libro Condizione: Acceptable. A readable copy. All pages are intact, and the cover is intact (However the dust cover may be missing). Pages can include considerable notes--in pen or highlighter--but the notes cannot obscure the text. Book may be a price cutter or have a remainder mark. Codice articolo D-02-02-07-0458

Descrizione libro Paperback. Condizione: Good. A+ Customer service! Satisfaction Guaranteed! Book is in Used-Good condition. Pages and cover are clean and intact. Used items may not include supplementary materials such as CDs or access codes. May show signs of minor shelf wear and contain limited notes and highlighting. Codice articolo 1473660599-2-4