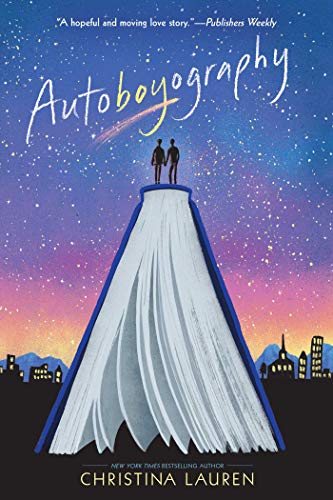 Descrizione libro Paperback. Condizione: New. Reprint. Language: English. Brand new Book. Coming-of-age novel about two boys who fall in love in a writing class-one from a progressive family and the other from a conservative religious community. Three years ago, Tanner Scott's family relocated from California to Utah, a move that nudged the bisexual teen temporarily back into the closet. Now, with one semester of high school to go, and no obstacles between him and out-of-state college freedom, Tanner plans to coast through his remaining classes and clear out of Utah. But when his best friend Autumn dares him to take Provo High's prestigious Seminar-where honor roll students diligently toil to draft a book in a semester-Tanner can't resist going against his better judgment and having a go, if only to prove to Autumn how silly the whole thing is. Writing a book in four months sounds simple. Four months is an eternity. It turns out, Tanner is only partly right: four months is a long time. After all, it takes only one second for him to notice Sebastian Brother, the Mormon prodigy who sold his own Seminar novel the year before and who now mentors the class. And it takes less than a month for Tanner to fall completely in love with him.* Christina Lauren is the combined pen name of long-time writing partners Christina Hobbs and Lauren Billings. The coauthor duo write both Young Adult and Adult Fiction, and together have produced nine New York Times bestselling novels, including Beautiful Bastard and Sweet Filthy Boy.* Tanner's voice is humorous, compelling, and just snarky enough to make him insanely compelling. Teens will relate to his charm and fly-by-the-seat-of-your-pants attitude, as well as his insecurities and vulnerability.* While Autoboyography isn't exactly a coming out story, it is about Tanner checking and understanding his privilege as a gay kid from a progressive family in Provo, Utah. Tanner slowly comes to see the world is far more complicated than he realized-even when he grew up with the evidence of it right in front of his face.* This book has moments of laugh-out-loud hilarity, but it also tackles serious topics important to teens-young gay teens in particular-making for a perfect, balanced read. Codice articolo AAZ9781481481694