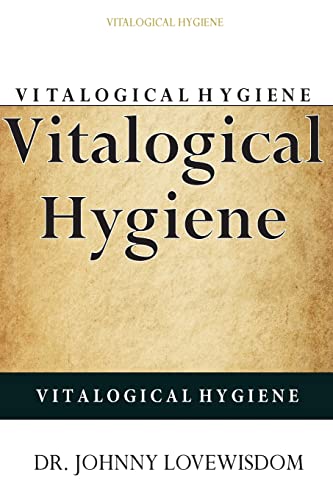 VITALOGICAL HYGIENE Hygiene is derived from Hygea, the goddess of health of the Greeks, along with Asclepias whose cult was later assimilated by him. Thus Webster defines Hygiene (Hygienos Greek: healthful) as the “Science of the preservation of health; sanitary science; a system of the principles or rules designed for the promotion of health.” In contrast, Medicine is defined as “Any preparation used in treating disease; the science and art dealing with prevention, cure or alleviation of disease.” In other words Hygiene deals with health and healing, while Medicine treats only disease, in opposite and opposing perspectives. However, within the 100 years after the coining of the word Hygiene, by Hygienists, the Medical or Allopathic Doctors had surreptitiously appropriated hygiene for their own use ignoring the exact original meaning, so that vegetarian diet, fresh air, water, sunshine and many other factors needed for health were taught as dangerous causes of people’s ailments.Chapters include:INTRODUCTION 6NATURAL HYGIENE AND ORTHOPATHY: ORTHOBIONOMICS 16ANTECEDENTS AND ANTECESSORS TO THE HYGIENIC SCHOOL PRIOR TO DR. TRALL 25GENESIS OF THE HYGIENIC MOVEMENT 35THE MATERIA MEDICA OF MODERN QUACKERY TODAY IN OFFICIALDOM AND THE RENAISSANCE OF NATURAL VITALOGICAL HYGIENE FORESEEN 51PART TWO: VITALOGICAL HYGIENE 71 THE ESSENE GENESIS OF THE PRISTINE ORDER OF PARADISIAN PERFECTION 71VITALOGICAL HYGIENE, HEALING AND RELATED NATURAL VITALOGICAL SCIENCES 77VITALOGICAL HYGIENIST AGAINST BIOLOGICAL SCIENCE CATEGORY 88 SCIENTIFIC PRINCIPLES OF VITALOGICAL HYGIENE AND RELATED SCIENCES 99NATURAL VITALOGICAL DIETETIC CHART GIVING BASIC RATIOS IN FOOD ELEMENTS 111THE WORD OF JESUS TAUGHT FASTING ON LIVING WATER FOR LIFE EVERLASTING 122 THE SECRET OF VILCABAMBA CENTENARIAN’S LONGEVITY HIDDEN PERHAPS IN ENZYME FACTORS OF THEIR DIET 126A BRIEF HISTORY OF ENZYME NUTRITION AND DR. HOWELL’S FINDINGS THE SCIENCE OF SPIRITUALIZING DIETETICS FOR THE ATTAINMENT OF VITALOGICAL CONTINENCE 146THE VITALOGICAL ENZYME PATH TO NIRVANIC EMANCIPATION 148 THE VITALOGICAL ENZYMEAND CHLOROPHYLL CONNECTION 150 INSTEAD OF WARS OVER RELIGION, WHY NOT A CONCORDANT BIBLE OF ALL FAITHS 156

Dr. Johnny Lovewisdom (1919-2000) was born and grew up in Finn Hill near Lake Washington in the state of Washington, USA to Estonian immigrant parents. He moved to Ecuador in 1940. He founded the International University of Natural Living in 1962, an international correspondence school authorized in 1975 by the Ecuadorian government with many students worldwide. He was the founder and developer of the Vitalogical Sciences into 7 divisions of research presented thru its International University. He was the Patriarch Archbishop of Ecuador of Apostolic Gnostic First Christians, including ancient Catholic and Eastern Orthodox Churches.