Articoli correlati a Lost in Mist and Shadow: a Between the Worlds Novel:...

Daimler, Morgan Lost in Mist and Shadow: a Between the Worlds Novel: Volume 2

Lost in Mist and Shadow: a Between the Worlds Novel: Volume 2 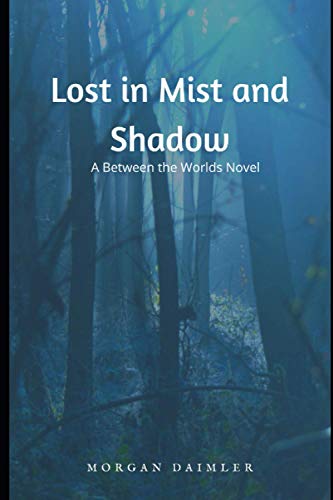 Occult bookstore owner Allie McCarthy is having a difficult time getting over the lingering effects of helping the police catch a serial killer. Beset at work by curious tourists who aren't spending money and at home by panic attacks, all Allie wants is to put the events of the previous month behind her so that her life in the Bordertown of Ashwood can return to normal. But it's going to take more than some sage and four thieves vinegar to clear out the nasty energy that seems to be hanging around. Things may not be as neatly tied up as Allie, the police, and the Elven Guard think they are, even with the serial killer dead. A young woman has been reported missing and the Elven Guard ask Allie to help them investigate. She has her hands full with a mystery of her own, a love life that's a disaster on two fronts, and a business that needs resuscitation, and the last thing she wants to do is get involved in another dangerous situation. Common sense says no, but dealing with elves is a tricky thing and before she knows it Allie is much further into the investigation than she ever intended and in far more danger than any realizes.

Morgan is the author of multiple non-fiction books and has contributed to several anthologies, magazines and journals. She writes pagan themed non-fiction for Moon Books, but self-publishes her fiction, which is written with strong Celtic mythology themes.

Lost in Mist and Shadow