Articoli correlati a The Dutch House: Longlisted for the Women's Prize...

Patchett, Ann The Dutch House: Longlisted for the Women's Prize 2020

The Dutch House: Longlisted for the Women's Prize 2020 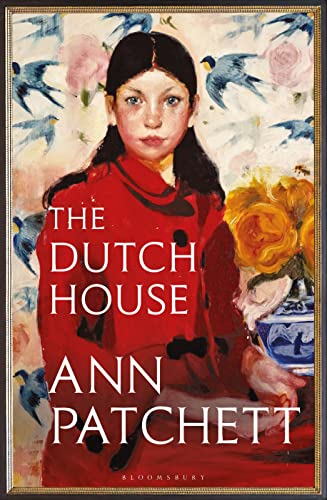 An unforgettably powerful new novel of the indelible bond between two siblings, the house of their childhood, and a past that will not let them go - from the Number One New York Times bestselling author of Commonwealth and Bel Canto

'The book of the autumn. The American author of Commonwealth (brilliant) and Bel Canto (even better) releases perhaps her finest novel yet' - Sunday Times

'The buzz around The Dutch House is totally justified. Her best yet, which is saying something' - John Boyne

"'Do you think it's possible to ever see the past as it actually was?' I asked my sister. We were sitting in her car, parked in front of the Dutch House in the broad daylight of early summer."

Danny Conroy grows up in the Dutch House, a lavish mansion. Though his father is distant and his mother is absent, Danny has his beloved sister Maeve: Maeve, with her wall of black hair, her wit, her brilliance. Life is coherent, played out under the watchful eyes of the house's former owners in the frames of their oil paintings.

Then one day their father brings Andrea home. Though they cannot know it, her arrival to the Dutch House sows the seed of the defining loss of Danny and Maeve's lives. The siblings are drawn back time and again to the place they can never enter, knocking in vain on the locked door of the past. For behind the mystery of their own exile is that of their mother's: an absence more powerful than any presence they have known.

Told with Ann Patchett's inimitable blend of humour, rage and heartbreak, The Dutch House is a dark fairy tale and story of a paradise lost; of the powerful bonds of place and time that magnetize and repel us for our whole lives.

A wonderful hypnotic masterpiece of a novel. The best book I've read in years (Rosamund Lupton)

The Dutch House is a novel that assures Patchett, alongside John Irving and Anne Tyler, a place as one of the foremost chroniclers of the burdens of emotional inventory and its central place in American lives (Catherine Taylor Financial Times)

An intimate and transporting novel . The Dutch House is a novel brimming with pain and tenderness in which Patchett's gifts as a storyteller are on full display . A searching, exquisitely wrenching novel about family, sacrifice and obsession (Sunday Times)

One of the most celebrated novelists of our times . But it is her new book, widely billed a one of this autumn's best new reads, where she truly comes into her own (Sunday Times Magazine)

She uses her signature blend of wry humour, rage and regret in a tale of siblings who cannot escape the shadow of their childhood home (i)

A masterpiece from the Orange Prize-winning, New York Times number one bestselling author of Commonwealth and Bel Canto: a story of love, family, sacrifice, and the power of place

2. The Dutch House: The Sunday Times bestseller and a â Book of the Yearâ 2019

5. The Dutch House: The book of the autumn Sunday Times

Descrizione libro 2019. Hardcover. Condizione: New. Hardcover. Longlisted for the Women's Prize 2020*The Sunday Times Top Ten bestseller and a 'Book of the Year' 2019* Selected as Book of the Year in The Times, Guardian, Daily Telegraph, .Shipping may be from our Sydney, NSW warehouse or from our UK or US warehouse, depending on stock availability. 352 pages. 0.662. Codice articolo 9781526614964

7. The Dutch House: The book of the autumn Sunday Times