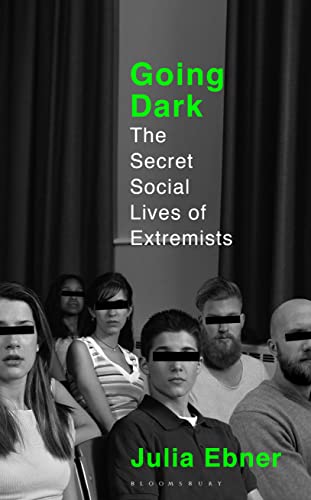 Descrizione libro Bloomsbury Publishing PLC, United Kingdom, 2020. Hardback. Condizione: New. Language: English. Brand new Book. 'Engaging and visceral . Reads like a thriller' Financial Times'Riveting and often deeply disturbing . A punch to the stomach' Sunday Times'Ebner has done some gutsy, thought-provoking research' Sunday Telegraph'Fascinating and important' Spectator*A Guardian and New Scientist Pick for 2020*By day, Julia Ebner works at a counter-extremism think tank, monitoring radical groups from the outside. But two years ago, she began to feel she was only seeing half the picture; she needed to get inside the groups to truly understand them. She decided to go undercover in her spare hours - late nights, holidays, weekends - adopting five different identities, and joining a dozen extremist groups from across the ideological spectrum. Her journey would take her from a Generation Identity global strategy meeting in a pub in Mayfair, to a Neo-Nazi Music Festival on the border of Germany and Poland. She would get relationship advice from 'Trad Wives' and Jihadi Brides and hacking lessons from ISIS. She was in the channels when the alt-right began planning the lethal Charlottesville rally, and spent time in the networks that would radicalise the Christchurch terrorist. In Going Dark, Ebner takes the reader on a deeply compulsive journey into the darkest recesses of extremist thinking, exposing how closely we are surrounded by their fanatical ideology every day, the changing nature and practice of these groups, and what is being done to counter them. Codice articolo AA79781526616784