Articoli correlati a The Rulers of the Mediterranean. By: Richard Harding...

The Rulers of the Mediterranean. By: Richard Harding Davis, and By:Edward Campbell Little: Novel ( illustrated ) 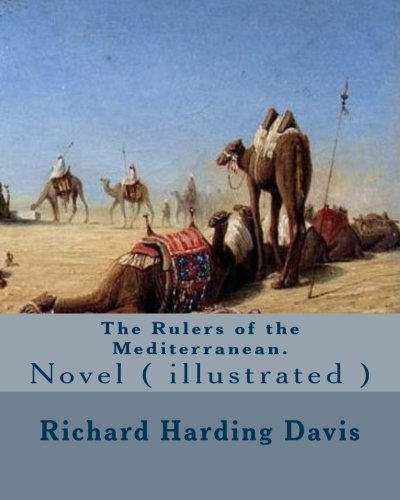 1. The Rulers of the Mediterranean. By: Richard Harding Davis, and By: Edward Campbell Little: Novel ( illustrated ) (Paperback)

Descrizione libro Createspace Independent Publishing Platform, United States, 2016. Paperback. Condizione: New. Illustrated. Language: English. Brand new Book. Richard Harding Davis (April 18, 1864 - April 11, 1916) was an American journalist and writer of fiction and drama, known foremost as the first American war correspondent to cover the Spanish-American War, the Second Boer War, and the First World War. His writing greatly assisted the political career of Theodore Roosevelt and he also played a major role in the evolution of the American magazine. His influence extended to the world of fashion and he is credited with making the clean-shaven look popular among men at the turn of the 20th century. Davis was born on April 18, 1864 in Philadelphia, Pennsylvania.His mother Rebecca Harding Davis was a prominent writer in her day. His father, Lemuel Clarke Davis, was himself a journalist and edited the Philadelphia Public Ledger. As a young man, Davis attended the Episcopal Academy. In 1882, after an unhappy year at Swarthmore College, Davis transferred to Lehigh University, where his uncle, H. Wilson Harding, was a professor.While at Lehigh, Davis published his first book, The Adventures of My Freshman (1884), a collection of short stories. Many of the stories had originally appeared in the student magazine the Lehigh Burr. In 1885, Davis transferred to Johns Hopkins University. After college, his father helped him gain his first position as a journalist at the Philadelphia Record but he was soon dismissed. After another brief position at the Philadelphia Press, Davis accepted a better-paying position at the New York Evening Sun where he gained attention for his flamboyant style and his writing on controversial subjects such as abortion, suicide and execution.He first attracted attention in May to June 1889, by reporting on the devastation of Johnstown, Pennsylvania, following the infamous flood and added to his reputation by reporting on other noteworthy events such as the first electrocution of a criminal (the execution of William Kemmler in 1890). Davis became a managing editor of Harper's Weekly, and was one of the world's leading war correspondents at the time of the Second Boer War in South Africa. As an American, he had the opportunity to see the war first-hand from both the British and Boer perspectives. Davis also worked as a reporter for the New York Herald, The Times, and Scribner's Magazine. He was popular among a number of leading writers of his time, and is considered the model for illustrator Charles Dana Gibson's dashing Gibson man, the male equivalent of his famous Gibson Girl. He is also mentioned early in Sinclair Lewis's book Dodsworth as the example of an exciting, adventure-seeking legitimate hero. Edward Campbell Little (December 14, 1858 - June 27, 1924) was a U.S. Representative from Kansas. Born in Newark, Ohio, Little moved to Kansas in 1866 with his parents, who settled in Olathe. He attended the public schools of Abilene, Kansas and graduated from the University of Kansas in Lawrence in 1883. For several years, he was connected with the Santa Fe Railroad. After studying law, he was admitted to the bar in 1886 and commenced practice in Lawrence. Little served as chairman of the Republican State convention in 1888. In 1889, he was the city attorney of Ness City, and from 1890 to 1892, he was prosecuting attorney of Dickinson County. He served as delegate at large to the Republican National Convention in 1892. In 1892 and 1893, Little was Minister Resident to Egypt. In 1896 and 1897, he was the private secretary of Governor John W. Leedy. He unsuccessfully ran for senator in 1897. During the Spanish-American War, from 1898 to 1899, he was lieutenant colonel of the Twentieth Regiment, Kansas Volunteers. This service earned him the Spanish War Service Medal, and the Philippine Campaign Medal. In 1908, he settled in Kansas City, Kansas. Little was elected to the Sixty-fifth and to the three succeeding Congresses, from Kansas's 2nd congressional district, and served from March 4, 1917, until his death in Washington, D.C. on June 27, 1924. Codice articolo APC9781541318038

2. The Rulers of the Mediterranean. By

3. The Rulers of the Mediterranean. By: Richard Harding Davis, and By:Edward Campbell Little: Novel ( illustrated )

4. The Rulers of the Mediterranean. By: Richard Harding Davis, and By: Edward Campbell Little: Novel ( illustrated )

5. The Rulers of the Mediterranean. By