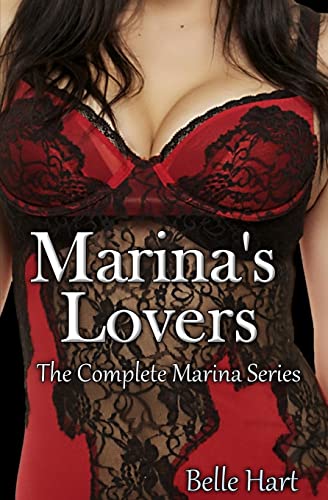 Descrizione libro Createspace Independent Publishing Platform, United States, 2017. Paperback. Condizione: New. Language: English. Brand new Book. This is a collection of 7 erotic stories about a prostitute and her favorite lovers. "Marina & the Teacher" Marina, an 18-year-old student, is in love with her married photography teacher, Mr. Norris. She doesn't think she has a chance until the day Mr. Norris seduces her in the darkroom. "Marina & the Priest" Marina is a prostitute. One of her clients is Father Lin, a priest who likes to pay to undress her and stare at her naked body. But now he's decided he wants something more. to watch her pleasure herself. "Marina & the Rock Star" Marina is a prostitute who has a rock star client named Trevor. The insatiable Trevor has flown her to his secluded California home for a few days of wild passionate sex. "Marina & the Rock Star 2" Marina continues her vacation with Trevor at his secluded house as he fulfills his fantasies by trying out new and inventive sexual positions with her. "Marina & the Rock Star 3" (story 1): Marina is new at being a prostitute & is shyer than she'd like. Her latest client, a rock star named Trevor, is more experienced in the bedroom & very willing to show her the ropes. "Marina & the Rock Star 3" (story 2): When Marina decides to stop being a prostitute, she knows it won't be easy on her clients. She breaks the news to Trevor knowing full well he won't let her get away without one more passionate encounter. "Marina & the Rock Star 4" Marina has given up her life of prostitution, but one of her old clients, rock star Trevor, has hired a private investigator to find her, insistent on rocking her world with one more night of incredible sex. Adults only. Codice articolo APC9781546301103